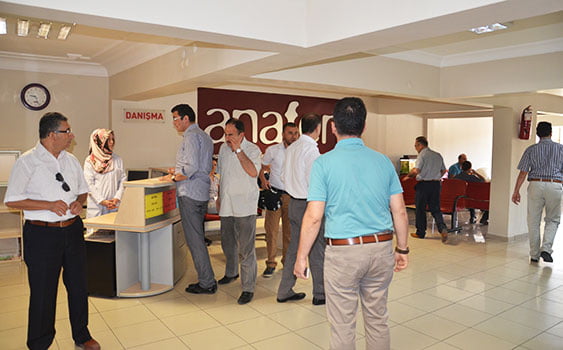 The Lawyer, Selamet Şen, representing the schools told Today’s Zaman that when the aforementioned schools were inspected on July 30 and 31 with the presence of policemen, he filed a question to the Eskişehir Governor’s Office seeking justification for the inspections. In an official document sent to Şen, the governor’s office referred to the Article 10/E of the Law No. 5442. However, it was later revealed that the law in reference was annulled in 2008.

When the issue went public through the media, the Eskişehir Governor’s Office sent Şen another letter saying that the annulled law was mistakenly written in the inspection warrant, this time referring to Article 11/E of the same law. Şen argues that the police operations against the schools he represents are still unlawful as they were conducted with the instructions of the governor’s office.

Referring to Article 3 of Law No. 5580, Şen says that all training and education activities in Turkey are subjected to the permission and the inspection of the Ministry of Education; thus, the order of inspection issued by the governor’s office is unlawful. Şen said he was preparing to file a criminal complaint against the misconduct in office.

The Justice and Development Party (AK Party) government has for a while been organizing police raids against schools and civil society organizations inspired by the Gülen movement, under the guise of inspections. Calling it an illegal movement, yet without being able to present any valid evidence for this claim whatsoever, the AK Party tries to defame the movement and drive people away from it. However, time has proven that those who admire the Gülen movement’s worldwide efforts of promoting peace and tolerance through multicultural and multi-faith dialog have remained loyal to it and have maintained a strong stance against the unlawful government oppression.