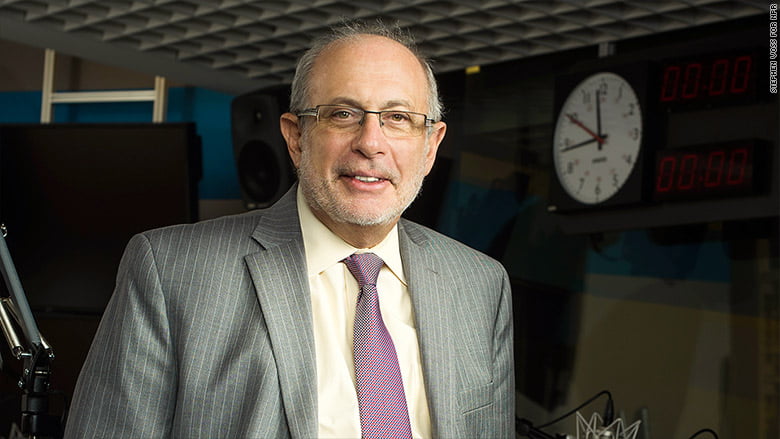 This week marks a year since a failed coup rocked the country of Turkey. Elements of the Turkish military bombed government buildings, blocked bridges in Istanbul and attempted to oust President Recep Tayyip Erdogan. More than 260 people were killed. Erdogan’s forces managed to wrest back control the following day. Erdogan accuses an Islamic scholar of leading the coup.

That man’s name is Fethullah Gulen, and he lives not in Turkey but in Saylorsburg, Pa., of all places. He rarely gives interviews, but our colleague, host of All Things Considered, Robert Siegel, sat down with Gulen at his compound in Pennsylvania yesterday. And Robert joins us now. Good morning. You never get to say that on air but good morning.

KELLY: Tell us a little bit more about Gulen, including how he finds himself living in the Poconos.

SIEGEL: He is a very famous Turkish Muslim scholar and preacher who over the decades acquired a very vast following in Turkey. His following became a movement that created a network of schools in Turkey and around the world, including dozens of charter schools here in the U.S. He is a man deeply mistrusted by secular Turks as the leader of a kind of conspiratorial shadow state. In 1999, he came here for medical care and given the fact that he’d been arrested in some prior coups, decided it would be safer to remain in the United States, where he lives in what was once a summer camp in the Pocono Mountains.

KELLY: Now, we should note that Turkey wants him back. They are calling on the U.S. to extradite him. What does he say to that?

SIEGEL: Well, this is a man who for a few years was actually allied with President Erdogan. They had a falling out. That was about a year before the attempted coup. And as the coup got underway, Erdogan instantly blamed Gulenists – his followers – and Gulen for doing it. He says he’s being scapegoated. He says that while many Turks think that these thousands of Gulenists follow his every command, as he put it to me in this point, that simply is not the case.

FETHULLAH GULEN: (Through interpreter) the perception that I control all of this, that I tell people to do things and that they are doing them, there is no such thing. As I have said to one lawmaker, if there is any suspicion or secrecy, they should conduct deep investigations and expose it. I am not clear on what it is that is so secret, but they should send their law enforcement and intelligence services to uncover it. I firmly support that.

SIEGEL: In fact, the Turkish government has asked the U.S. to extradite Fethullah Gulen so that he can be put on trial for instigating the coup, to be tried as a terrorist there in Turkey.

KELLY: Is there any evidence, by the way, to back up this claim that he orchestrated the coup?

KELLY: You mentioned he has a vast following still in Turkey despite having lived here for years. What’s happening to them?

SIEGEL: Here’s some numbers – 50,000 arrests since last summer’s coup, 140,000 people purged from their jobs. According to the Turkish government, nearly a thousand businesses and other institutions seized from Gulenist organizations or individuals, totaling about $11 billion worth of property.