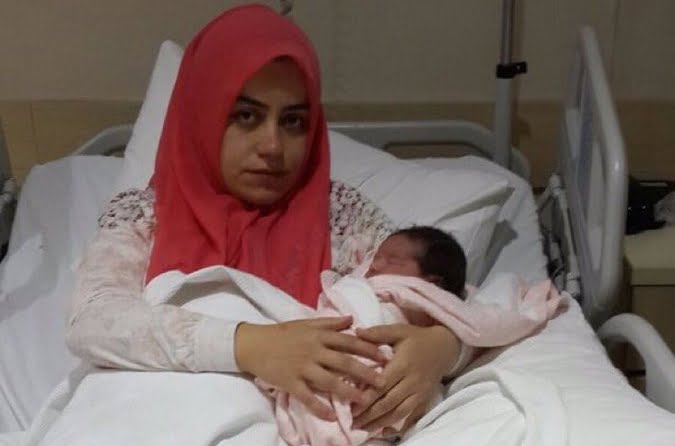 In just over a year since a coup attempt failed to overthrow Turkey’s President Recep Tayyip Erdogan, over 50,000 have been arrested and 100,000 fired from their jobs in a government crackdown.

Politicians, activists and journalists have been key targets in the post-coup purge. Many of those detained have been accused of links to US-based Fethullah Gülen, blamed by Erdogan for ordering last year’s coup, a charge he denies.

Following the abortive putsch on July 15 2016, allegations of unfair trials, using torture in prisons and holding suspects without trial have been made against Erdogan’s government.

And now, it has been alleged that Turkey is arresting women accused of links to the Gülen movement immediately after they give birth.

Turkey Purge, a website set up to monitor post-coup rights abuses, claimed on Monday that in the last nine months, 17 women had been taken into Turkish police custody while pregnant or shortly after having a baby. Three of those arrests took place in the last week, the site suggested.

Sezgin Tanrıkulu, an MP from the main opposition Republican People’s Party (CHP) raised the issue in a series of tweets earlier on Monday, Turkey Purge reported.

Tanrıkulu shared pictures of women he claimed had been arrested from their hospital beds in the last few days.

Rümeysa Doğan, allegedly arrested after her baby was born in an Antalya hospital.

He also reported that Ayşe Kaya from Edirne was sent to jail “as her four-day-old baby was given to its grandmother.”

These are in addition, Turkey Purge suggests, to similar arrests in January, May and June, including a case involving the mother of a week-old premature infant and multiple instances of mothers recovering from Cesarean procedures. Many of these were school teachers.

Recent Turkish Ministry of Justice data shows that more than 2,250 mothers are currently held in Turkish penal institutions, Turkey Purge reports. Among those, 520 are raising children under six in prison.

The Turkey Purge site is run by “a small group of young journalists who are trying to be the voice for Turkish people who suffer under an oppressive regime,” it claims. The website is banned in Turkey, and the journalists all contribute from outside of the country.

In an interview with the European Center for Press and Media Freedom, the group said that they do not have “editorial connection to anybody”, while indicating that their readership is mostly drawn from “Kurds, Gulenists, Alevis, leftists and LGBT activists”.