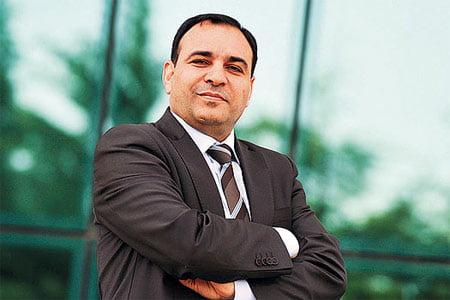 First, I would like to share two seemingly unrelated news stories.The first one is the main story from yesterday’s issue of Habertürk newspaper: “A lawsuit was brought against Sinan Y., age 22, working as a private security officer at the subway stop at Esenler Bus Station in İstanbul, on charges of helping four people pass transportation barriers using his public transportation card, which has a reduced fare. İstanbul Ulaşım A.Ş. filed an official complaint against Sinan Y., who has been accused of causing the company to suffer losses amounting to TL 4.90 (roughly $2.40), and the prosecutor demanded he should be sentenced up to seven years in prison.

“In the indictment prepared by the İstanbul Public Prosecutor’s Office, Sinan Y. was charged with allowing people who don’t know how to buy tickets to use his transportation card. İstanbul Ulaşım A.Ş. conducted an investigation and found that Sinan Y. allowed four people to pass transportation barriers using his card, and then took TL 3 from each. Sinan Y. denied the accusations and claimed that he did this to help the people. ‘I do not gather any interest or benefit. As an officer with a uniform, I do not engage in such trade,’ he said. However, the prosecutor indicted him for ‘breach of trust’ under Article 155/2 of the Turkish Penal Code (TCK), demanding he be imprisoned for seven years. The trial of Sinan Y. will start soon at the İstanbul Criminal Court of First Instance.”

The second news story is from multiple news agencies: The Tokyo governor who helped his city secure the 2020 Olympic bid resigned Thursday after it was revealed that he received about half a million dollars from a hospital company. Gov. Naoki Inose had recently come under increasing pressure to step down, in particular from Japanese ruling party leaders who said the continuing scandal could affect preparations for the Summer Games.

“I shouldn’t be delaying government operations or stalling preparations for the Olympics and Paralympics any longer,” he said at a news conference broadcast live on Japanese television. He apologized for the ruckus, and said he tried to clarify what had happened, but he could not wipe out public suspicion or his link to the scandal-tainted hospital operator, whose executives are on trial for violating campaign laws in last year’s parliamentary elections. “I decided that the only solution is for me to step down as governor,” he said. Inose said the money he received in November 2012 from the Tokushukai company was a personal loan that he has paid back, and that the owner of the hospital chain didn’t receive any favors in return. The Tokyo assembly has set up a committee to investigate. The governor said he plans to return to his previous career as a writer.

Although in the first example the prosecutor’s demand for sentencing the private security officer to seven years in prison may sound a bit much for an abuse amounting only to TL 4.90, it is still understandable, given the fact that every penny of public resources is sacred. I hope he is telling the truth in saying, “I do not engage in such a trade,” and he is not penalized for something he didn’t do.

The Tokyo governor’s resignation is perceived as a proper move to be taken in the face of accusations of pursuing personal benefits in a country where rights, rule of law, morality, consistency, reputation, transparency and public trust — which are prerequisites of sound public administration — are crucially important.

In Turkey, where a young officer is tried on charges of abusing his duty in such a way as to cause a TL 4.90 loss to the public transport authority, we, unfortunately, fail to exhibit the same attitude toward the ministers and public officials who hold higher positions than Tokyo’s governor. What has befallen the young officer does, for some reason, not happen to those Cabinet members and high-profile public officials who are charged with big corruption, fraud, bribery and money-laundering scandals with international connections.

For instance, the police seizing $4.5 million stashed in shoe boxes in the house of the general manager of a public bank that sits in the center of shady financial transactions with Iran is not less significant than the private security officer allegedly causing the public transport authority to feel a loss of TL 4.90. But unfortunately, neither government officials, including Prime Minister Recep Tayyip Erdoğan, nor the pro-government media exhibit sensitivity to this issue. No one is asking: “Apart from the controversial money transfers conducted by the state-run bank in question, what about the million-dollar corruption claims about this bank and the huge amount of money found at the house of Halkbank’s general manager?”

For some reason the government and embedded media organizations act as if a minister and his son were not legally wiretapped as they were talking about a large bribe that would be taken in return for the removal of some public officials in order to facilitate some illegal businesses. Although many documents have been published showing that the two ministers have been paid dozens of millions of dollars in bribes via their children, both the government and the pro-government media continue to voice groundless, ugly arguments and baseless rhetoric on the case.

It is true that the amount of money involved in this graft scandal is huge. It is true that this graft scandal that has international extensions is sophisticated in terms of the actors and factors involved in it. However, to simplify the matter, just like all other illegal acts including theft, corruption and bribery, it is a story of the thieves and the police. When the matter is so simple, is it not surprising to see that the thieves and those who defend the thieves have been making a lot of noise in order to suppress all other voices?

To gain the upper hand, they remove the police chiefs who are after the robbers and try to prevent the prosecutors from performing their duties. Why is it so hard to see certain people in Turkey exhibit the dignity and honor of the Tokyo governor? At a time when we should be glad to hear that even a TL 4.90 loss is accounted for, how can you manage to turn a blind eye to the ministers and bureaucrats who abused their positions to receive fraudulent incomes and bribes that amount to millions of dollars? How can you accept this?

It’s precisely opposition journalists who have been criticized by colleagues who until recently worked for the newspapers of U.S.-based Fethullah Gulen. These colleagues accuse the opposition journalists of betraying freedom of expression. One of them is Sevgi Akarcesme who was editor-in-chief of the Turkish English-language daily Today’s Zaman. There is a great deal of truth in Akarcesme’s claims. But who today would dare defend journalists identified with Gulen?