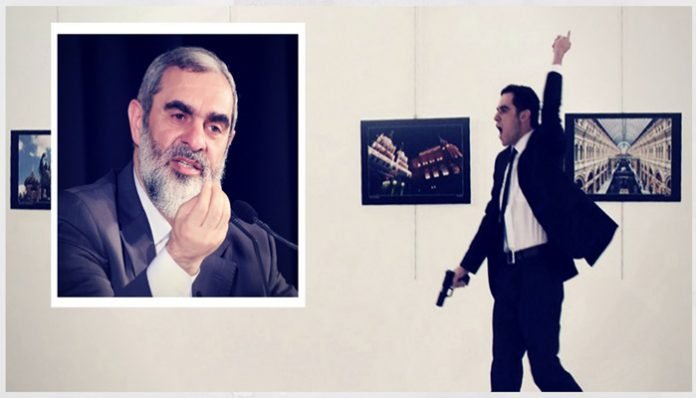 The Hürriyet daily reported on Saturday that police officer Altıntaş, who shouted al Nusra Front slogans after shooting the Russian ambassador in an art gallery on Monday, attended the sermons of Yıldız at Ankara’s Hacı Bayram Mosque.

Yıldız, the president of the Social Fabric Foundation (Sosyal Doku Vakfı), had sparked a public reaction after he argued that marrying a 6-year-old girl is legitimate. In addition to this remark that caused outrage, Yıldız also said it is a sin to watch a woman news anchor on TV and that women should be grateful to be beaten.

In an interview with the state-owned Anadolu news agency, Yıldız voiced support for Erdoğan, saying that it was a requirement of his faith to support the president.

Minister of Interior Affairs Süleyman Soylu, however, claimed on Saturday that the murderer is linked to the Gülen movement and that the radical Islamist clues in his life were efforts to disguise his links to the movement, which is known for its promotion of interfaith dialogue and is frowned upon by Islamists for those efforts.