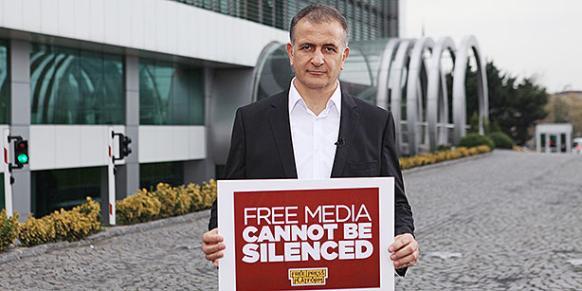 According to a report by journalist Arzu Yıldız on independent news portal t24.com on Friday, Erdoğan’s lawyers filed a criminal complaint against Dumanlı on Feb. 16 over an article that appeared on Zaman daily’s website on Jan. 10, which reported on on the tweets of a government whistleblower who writes on Twitter under the pseudonym Fuat Avni. Prosecutors reportedly launched an investigation against Dumanlı upon the complaint.

A short story on Zaman’s website, www.zaman.com.tr, on Jan. 10 carried quotes from Fuat Avni’s tweets saying the National Intelligence Organization (MİT) would carry out murders in Turkey and lay the blame on members of the faith-based Gülen movement, popularly known as the Hizmet Movement, which is inspired by the views of Turkish Islamic scholar Fethullah Gülen.

Fuat Avni, who claims to be in Erdoğan’s inner circle, tweeted on Jan. 10 that “Yezid” had initially planned to use the Dec. 14, 2014 operations against the media to announce the Gülen movement as a terrorist organization, but had to resort to other methods to do so as that had failed.

Fuat Avni’s tweets that appeared in the story did not mention Erdoğan’s name directly, but used the word “Yezid” which was implied to mean Erdoğan. Yezid is a reference to the Umayyad caliph, who according to Islamic belief allowed his opponent Imam Hussein, the grandson of the Prophet Muhammad, to die of thirst in the Battle of Karbala.

Dumanlı was among a number of journalists, columnists, scriptwriters and producers who were arrested on Dec. 14 in a large-scale media crackdown. Some of the detainees including Dumanlı were later released pending trial.