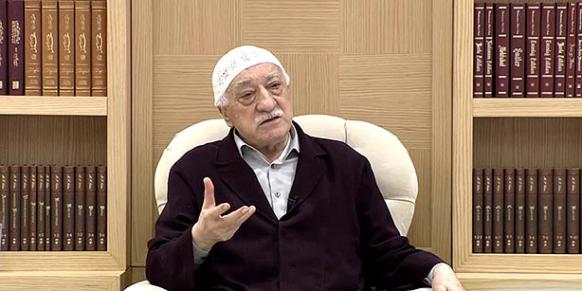 In his most recent sermon, aired on the website herkul.org, Gülen said that anything done to the sympathizers of the faith-based social movement Hizmet aims to cause de-motivation. On Thursday, a Twitter phenomenon that goes by the pseudonym Fuat Avni rumored plans that a raid of dissident media, in particular the Zaman Media Group, of which Today’s Zaman is a part, would take place on Friday. The account provided very specific details in its tweets, such as the names of the officials who are planning to conduct the police operation.

Commenting on the possible consequences of a police operation on Hizmet-affiliated journalists, Gülen said, “They do not know that pressure will make these people stronger — just as germs strengthen the immune system.” The Islamic scholar has been the direct target of President Recep Tayyip Erdoğan, particularly since December 2013, when Erdoğan, his family and members of his Cabinet were implicated in a massive corruption investigation. In his sermon on Thursday, Gülen addressed the loved ones of people rumored to be on the list of detainees for this alleged operation, recommending that families and relatives act as if nothing has happened, and embrace the holy Quran and to be committed to their nightly prayers.

According to Gülen, those who see death as a way to be with God cannot be intimidated by the threat of prison. Gülen said that as Muslims, they have always considered death as the “wedding night.” He held that those who think along these lines welcome death with a smile, as it brings them close to God. Gülen said the people who are rumored to face imprisonment will likely welcome the challenge, just as the ones before them did — this was a reference to the police chiefs who were arrested after they conducted the corruption investigation against the government in late 2013.

Gülen added that many innocent people are detained and arrested, and the government continues to intimidate and discourage the masses. He added that whoever is imprisoned, be they journalists, columnists or media representatives, will consider prison as a place for education, just like the Prophet Joseph did. However, he noted that the people should avoid turning themselves in just to ease the oppression which they are being subjected to.

Gülen recommended Hizmet sympathizers keep a close bond with God, saying He will help them as long as they stay true to themselves.

The Turkish-language newspaper “Zaman” will stop operations in Germany after “threats” to readers, a staff member has said. The Turkish government took over the paper in Turkey itself in March. “Our subscribers are being visited; they are being threatened that if they continue to subscribe, they will have problems,” Bag said. He added that the current situation in Turkey, where the government is carrying out a wide-ranging media purge, was spilling over into Germany.