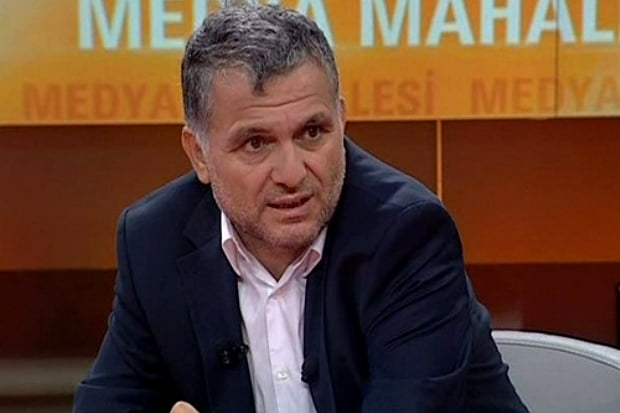 Because of the Gezi Park resistance, several issues of Turkey have been forgotten, left behind in the shade. The most important of them no doubt are the Kurdish and the PKK issues and the “resolution process” aiming to solve both of the issues. So much so that at the final meeting Prime Minister Recep Tayyip Erdoğan held the other day with the Wise People delegation, two wise men, Mural Belge and Baskın Oran did not attend because of the prime minister’s attitude at the Gezi Park process.

Also the comprehensive reports prepared by the wise people did not get the attention they deserved because of the details that have caused disappointment in the speech Erdoğan has delivered.

Likewise, the interview Fethullah Gülen gave to Rebwar Kerim from daily Rodaw printed in Kurdish in Arbil, Iraqi Kurdistan, received less than the normal level of interest because of the Gezi resistance. You can read the full interview at http://cihan.com.tr/caption/Gulen-Kurtce-gazeteye-konustu-Temel-hak-ve-hurriyetler-pazarlik-konusu-olamaz-CHMTA2NjQ4NS80. We can say that in the interview, Gülen gave extremely critical, courageous and positive messages on the Kurdish issue and the peace process.

Gülen was unreserved about calling it “Iraqi Kurdistan” instead of “North Iraq.” He also said that it was strange to make it a cause for discrimination “when being Turkish and Kurdish was out of our will… Turks should embrace the Kurdish issue before the Kurds… The key to the solution is to ask for the same for others what we ask for ourselves.”

Gülen’s stance reminded me of the movement’s Iraq Coordinator Talip Büyük and the interview conducted with him which had repercussions. (http://www.rusencakir.com/Gulen-cemaati-19-yildir-Irak-Kurdistanina-hizmet-goturuyor/1930)

“However, problems to be faced in practice should be evaluated separately. For instance, for education in mother tongue, competent and adequate teachers should be trained who would be able to teach in that language. Because, if the staff of teachers are inadequate in teaching in mother tongue, the good-willed efforts will backfire and the outcome will be just the opposite of what was initially desired. On the other hand, I feel the need to emphasize that Kurdish parents should be sensitive on the topic of teaching their children Turkish. There are communities in several countries of the world who cannot fluently speak the official language of the country but they are experiencing serious troubles.”

Actually, one of the leading institutions of the Gülen Community, the Journalists and Writers Foundation, in a statement issued at the end of 2011(http://rusencakir.com/Ana-dilde-egitim-Kacinilmaz-bir-zorunluluk/1637) had given the green light to Kurdish education. However, it has a different significance that one and a half years later the topic is voiced by Gülen personally and in a more highlighted way.

I regard the fact that Gülen has presented education in mother tongue as “the requirement to being fair” vitally important because of the following aspects:

1) The thickest red line in the solving of the Kurdish issue is education in mother tongue.

2) Kurdish education is some kind of a taboo in the nationalist-conservative community.

3) The significant portion of the staff that has the potential of refusing the solution among the state bureaucracy has respect and commitment to Gülen.

4) The government is acting extremely timidly on the topic of education in mother tongue. (The prime minister has told the wise people that there was no preparation on this aspect.)

5) The Kurdish political movement does not trust Gülen and they regard his movement as almost the most important obstacle blocking the solution.

It would be extremely unnecessary and meaningless to ask, at this stage, for the Foundation’s statement, “Where were you before?” It is also useless to look for malicious intentions or calculations behind this attitude.

Even if there were, we can say this: “The Gülen Movement, which truly deserves to be named as the structure that has the most correct predictions in Turkey, must have foreseen what kind of a disaster it would have led to if Turkey had insisted on not accepting Kurdish education. We can make the same interpretations for Gülen’s words.

Yes, maybe it has been late for Gülen to declare that Kurdish education was a right but better late than never. It has been good.

Ruşen Çakır is a columnist for daily Vatan in which this piece was published on June 28. It was translated into English by the Daily News staff.