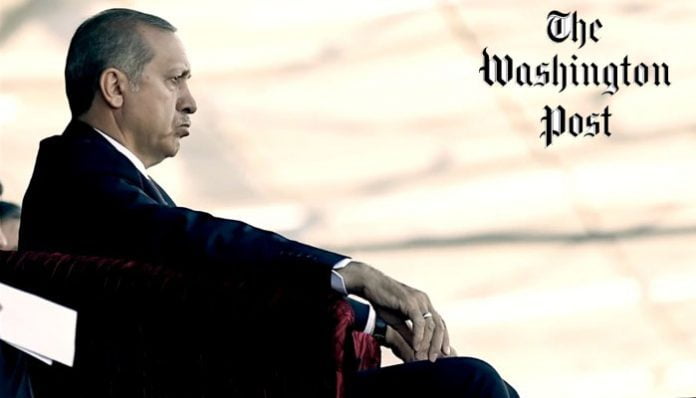 In an editorial on Friday The Washington Post expressed a glimmer of hope that the United States was returning to its championing of democracy and human rights due to a Wednesday statement by the US State Department in defense of Amnesty International Turkey Chairman Taner Kılıç, who was recently detained on suspicion of links to the faith-based Gülen movement.

“Mr. [Recep Tayyip] Erdogan, the Turkish president who was the target of a failed coup last July, has since carried out a wave of arbitrary punishments and imprisonments of thousands of journalists, academics, bureaucrats, lawyers and human rights defenders he suspects of affiliation with Mr. Gulen and his movement. This cruel frenzy is just the latest step in Mr. Erdogan’s march toward authoritarianism in a nation that was once hailed as a model majority-Muslim democracy,” said The Washington Post editorial board.

Kılıç was detained at his home in the western Turkish city of Izmir on Wednesday along with 22 other attorneys for alleged ties to the Gülen movement.

“The United States is deeply concerned by the recent detention of Taner Kiliç, Chair of Amnesty International Turkey — the latest in a series of respected human rights defenders, journalists, academics, and activists detained in Turkey,” US State Department Spokesperson Heather Nauert had said in a statement on Wednesday.

Underlining that these detentions, often with little evidence or transparency, are an alarming trend, Nauert said: “We are closely following these cases, and underscore the importance of respect for due process and individual rights, as enshrined in the Turkish Constitution and consistent with Turkey’s own international commitments.”

Nauert repeated the US position that “persistent curbs on free speech and other freedoms erode the foundations of democratic society.”

“Turkey benefits from having more engaged voices, not fewer. The detentions of individuals such as Mr. Kilic chill public debate and undermine the quality of democracy.”

The Post said the State Department stopped short of mentioning Erdoğan by name but that it accurately described detentions in Turkey, which are undermining Turkey’s democracy.

“We would add that there are hundreds of other cases worth speaking out about in Turkey as well, including that of French photographer Mathias Depardon, who has been detained  since May for committing acts of journalism while on assignment for National Geographic.”

Depardon, after a month in detention, was released on Friday and deported to France.

Criticizing President Donald Trump for abandoning the US’s championing of democracy and market capitalism by relying on example and promoting these values as superior to the miseries of tyranny, the Post said Trump has “hardly said a word to authoritarian bosses about repression of their people and has made no secret of his affinity for strongmen,” including Erdoğan.

“The United States must not only lead by example, as Mr. Trump suggested on taking office. It must also lead by speaking out forcefully on behalf of people whose rights are shackled in dark corners of the globe,” the editorial board concluded.

The Journal of Turkish Weekly  Thursday, 15 March 2012 The 26th Abant Platform, which brings together high-profile intellectuals, journalists, legal experts and politicians, concluded on Sunday (March 11th) with a recommendation that Turkey’s Constitution recognise the right to education in languages other than Turkish. “Education in one’s mother tongue is an essential human right. The […]