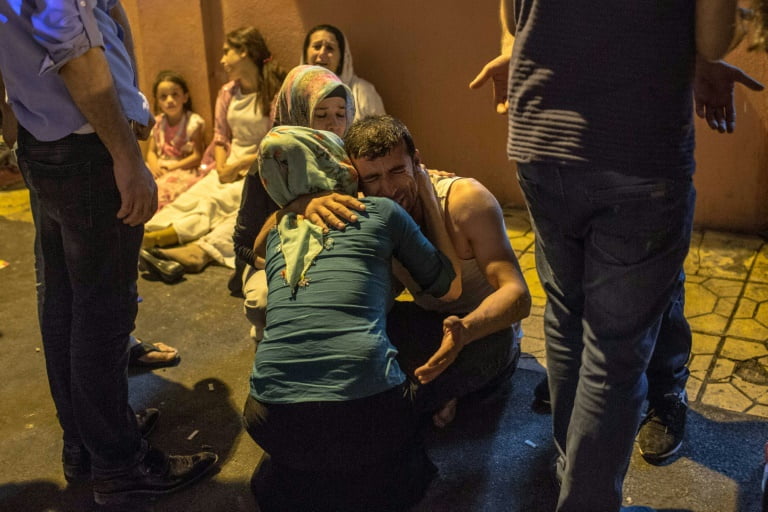 This is not just an attack on the attendees of a wedding, but also an attack on the solidarity of people of Anatolia, including Turks, Kurds, Arabs, Boshniaks, Albanians, Georgians and Circassians and others who lived as neighbors for centuries.

I send my deepest condolences to those who lost their loved ones, Kurdish citizens, and all Turkish people, ask God the Merciful to give patience and perseverance to them, and heal those who were wounded.

I invite everyone, especially Muslims from around the World, to condemn all forms of terror, regardless of their perpetrators, and contribute wholeheartedly to the worldwide effort to eradicate this disease.

I ask God the Most Compassionate to dry the roots of terrorism infliction and lead the world to days of peace and tranquility by means of generations who are imbued with a deep respect for all human life. 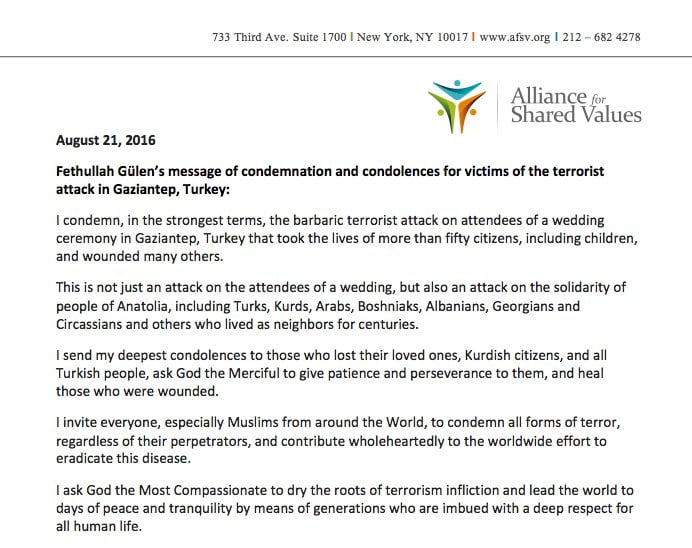