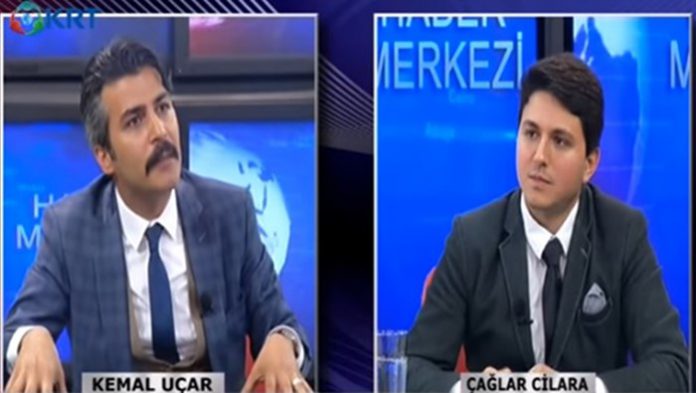 Lawyer Kemal Uçar, known for his critical statements concerning July 15, 2016 coup attempt cases, has been detained as part of an investigation into the faith-based Gülen movement, Milliyet reported on Saturday.

According to the report Uçar, who represents some of the military officers arrested following the failed coup, was accused of disseminating the propaganda of the Gülen movement on social media. Uçar’s links to movement are being investigated.

“A prosecutor told me: ‘Kemal, you question military issues too much. You will be blacklisted as a lawyer for Fetö [a derogatory term for the Gülen movement].’ I said that ‘I am not [their lawyer]. Why would they arrest me?’ He said, ‘I’m not saying you’re a member of Fetö, but you shouldn’t be surprised if they arrest you.’ I said: ‘How can they do that?’ He took out his cell phone and said: ‘They can say that you use ByLock [a mobile phone application]. But I said that I don’t use ByLock. He said: ‘It’s not important. You will stay in prison six months, one year, and you will learn your lesson until you prove it’,” Uçar said on a recent TV program.

Uçar used to share messages on social media that the ByLock mobile phone app can not be used as evidence to arrest people.

Turkish authorities believe ByLock is a communication tool among followers of the Gülen movement, which is accused by the Justice and Development Party (AKP) government of orchestrating a failed coup in 2016, a claim the movement denies.

Uçar said on the TV program that 52 of 58 casings found in Taksim on the night of the coup were not fired by soldiers according to an official report.

On another television show Uçar said his client, the commander of the air force academy who was detained and taken to Ankara by the coup plotters, was a victim of the coup attempt in a court case in Ankara, while facing 92 life sentences in another coup case in İstanbul.

“In the file he was accused of sending air force cadets to Ankara as part of coup attempt preparations. But in reality, the order was given by not my client but by air force commander Abidin Ünal.”

Lawyer Kemal Uçar, known for his critical statements concerning July 15, 2016 coup attempt cases, has been detained as part of an investigation into the Gülen movement, Milliyet daily reported. Uçar used to share messages on social media that the ByLock mobile phone app cannot be used as evidence to arrest people. Uçar said on a TV program that 52 of 58 casings found in Taksim on the night of the coup were not fired by soldiers according to an official report.

Uçar also said one of his clients, an air force pilot, was accused in a fake voice recording of bombing the Turkish Parliament despite the fact that he was not flying a jet at the time of the recording.

Five hundred seventy-two lawyers in Turkey have been arrested, 80 of whom have been convicted and sentenced to between four and 14 years in prison since July 2016, a recent report said.

The Arrested Lawyers Initiative released its 24-page report titled “The Rights to Defense and Fair Trial Under Turkey’s Emergency Rule” on Feb 1.

Turkey has fallen to 101st place out of 113 countries in the World Justice Project’s 2017-18 Rule of Law Index, a comprehensive measure of adherence to the rule of law.

The head of the German Bar Association (DAV), Ulrich Schellenberg, in September said the rule of law no longer exists in Turkey, warning German lawyers about the possibility of being arrested in the country.

“There is no rule of law in Turkey anymore. There is no presumption of innocence. There is no effective defense. There is no independent judiciary,” Schellenberg told dpa, underlining that lawyers have been detained due to their clients and that people are having difficulties finding attorneys.