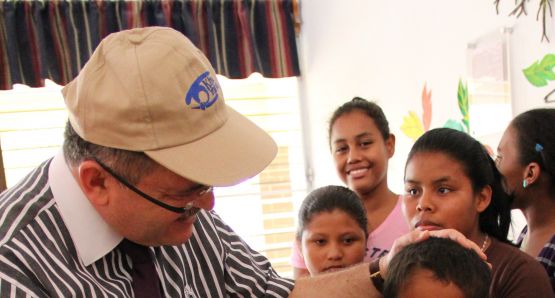 The international charity foundation Kimse Yok Mu carried out a project for the Panamanian orphan’s benefit. The foundation built an additional facility for an orphanage in a far-flung corner of the country. The new facility came as a fresh air to the orphans living in squeezed rooms due to lack of space and beds.

The opening witnessed sentimental moments as an orphanage official expressed his thanks to the sponsors who cherish helping out the needy even in out-of the-way places.

The orphanage offers shelter to children suffering domestic abuse as well as abandoned ones. It is currently home to 54 children, well over its 30-bed capacity.

The new building did away the kitchen problem and eased the overloaded capacity with the bedding supplies provided.

The orphanage officials were grateful to the Turkish people for their donations. They also demanded a playground and garden wall for the facility.