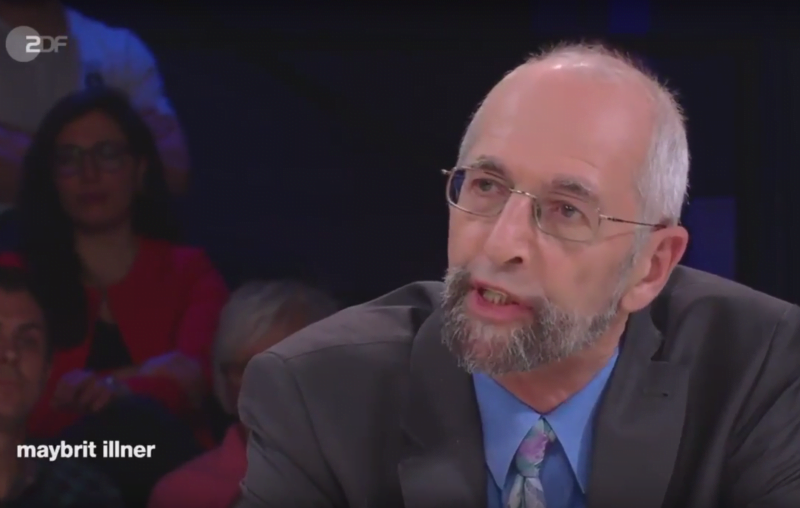 Speaking on a German public broadcaster ZDF program on Sunday, Schmidt-Eenboom said: “According to CIA analyses, the so-called coup attempt was staged by Erdoğan to prevent a real coup. The BND, CIA and other Western intelligence services do not see the slightest evidence showing Gülen instigating the coup attempt.”

The military coup attempt on July 15 killed over 240 people and wounded more than a thousand others. Immediately after the putsch, the Justice and Development Party (AKP) government along with President Erdoğan pinned the blame on the Gülen movement despite a strong denial from the movement and lack of any concrete evidence to this effect so far.

When asked by the host of the program, Maybrit Illner, why Erdoğan is accusing Turkish-Islamic scholar Fethullah Gülen and his followers of masterminding the coup attempt, Schmidt-Eenboom said: “This is the easiest way to criminalize and eliminate them.”

Gülen, who inspired the Gülen movement, called for an international investigation into the coup attempt, but President Erdoğan — calling the coup attempt “a gift from God” — and the government initiated a widespread purge aimed at cleansing sympathizers of the movement from within state institutions, dehumanizing its popular figures and putting them in custody.

“CIA and other intelligence services have the capability to infiltrate into the most secret communication systems and according to the information they gathered, July 15 was a staged coup,” said Schmidt-Eenboom in further remarks.

According to a statement from Interior Minister Süleyman Soylu on April 2, a total of 113,260 people have been detained as part of investigations into the Gülen movement since the July 15 coup attempt while 47,155 were put into pre-trial detention.