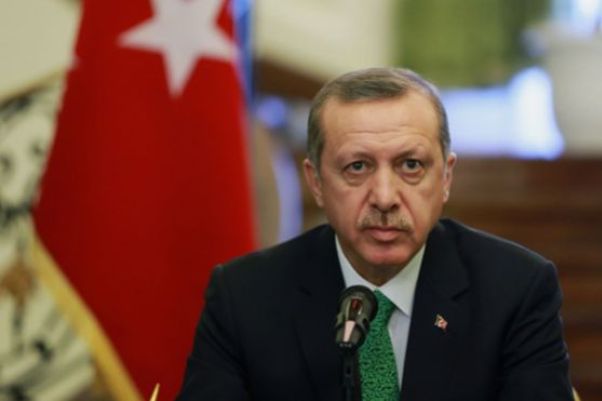 From a political perspective, defending Turkey’s blend of political Islam and neoliberal economic policies was not terribly difficult a decade ago.

After all, Prime Minister Recep Tayyip Erdogan helped build the 17th largest economy in the world and what would be the sixth largest among European Union countries. His plan was to be a top-10 economy by 2023, and operating under free-market fundamentals, Turkey was quickly tacking toward that goal.

Externally, Turkey seemed to be the perfect partner for Washington. She was the second-largest troop contributor to Afghanistan, backed the invasion of Libya, armed the rebels in Syria, denounced the military coup in Egypt and came to the rescue of countless Tsunami-stricken regions from Indonesia to Japan.

Erdogan can’t seem to help himself to the riches that power proffers.

Internally, however, the country was falling apart. The violent crackdown last year of its protesters in Gezi Park illustrated how the ruling Justice and Development Party (AKP) had lost control of the country. Gezi captured the mounting frustration among Turkey’s citizens regarding the rollback of personal and press freedoms and the persistent undermining of democratic institutions.

Now, revelations in recent months of serious and pervasive corruption within the AKP and more extreme crackdowns on the media, the criminal justice system and academic freedoms show yet again how quickly Turkey’s once-worldly aims have completely unraveled, unsettling even its closest allies.

Critics both in and out of the country are describing Erdogan’s antics as dictatorial and autocratic, not a good sign for a leader who wants to liaise economically and politically with the West.

Power appears to have gone to the prime minister’s head. Angling to become president in order to extend his rule, Erdogan is foolishly profiling and purging former friends in the Hizmet movement, recently firing hundreds of government employees who are allegedly (no one knows for sure as there’s no evidence) sympathetic to the movement’s founder, Fethullah Gulen – a move that dispels any notion in the West that the AKP and Gulen are somehow in cahoots.  Since there is no indication that those fired did anything wrong, many feel that Erdogan is attacking the Hizmet movement to create a distraction and thus cover up his corruption and anti-democratic crackdown.

Needless to say, the country’s keenness to curry favor with America — wallpapering Washington D.C.’s billboards with Western-friendly “Travel Turkey” advertisements and bringing on board Kobe Bryant and Kevin Costner as spokesmen for Turkish Airlines – has quickly subsided.

Though Erdogan has met recently with EU officials in Brussels, Iran’s leaders in Tehran and President Francois Hollande of France (one of the main obstacles to Turkey’s EU bid), he has clearly lost his leverage in the region.

Favorable views of Turkey fell from 78 percent in 2011 to 59 percent in 2013, according to last month’s poll by a well-respected nongovernmental organization in Istanbul called the Turkey Economic and Social Studies Foundation. To put Middle Easterners’ views in perspective, that means China is now more popular than Turkey.

Attempting to salvage some of Turkey’s former preeminence as a political and economic powerhouse in the region, Turkey’s president, Abdullah Gul, criticized AKP’s diplomatic apparatus this month, saying, according to a transcript of the speech posted on his office’s website, that “the key to solving problems, whether domestic or foreign, is common sense, a sensible approach, dialogue and an empathy that makes sure you understand your interlocutor.”

This is exactly what Washington and the rest of the world wants from Turkey. The potential for Turkey to play a positive role in diplomatic partnership with the U.S. is great – having already brokered negotiations, releases and ceasefire attempts in Yemen, Bahrain, Egypt and Libya.

The world needs Turkey as a regional mediator, especially when it comes to the more intractable dialogues with Syria and Iran. Few parties are so well positioned to establish a working relationship between the Western and Arab and Muslim worlds. While Qatar, Malaysia and others are keen arbiters, Turkey has unique leverage, given its role and relations in the region.

But if the West wants Turkey at the foreign policy table, it cannot simply stand silent on the domestic front – as U.S. Secretary of State John Kerry recently intimated — without encouraging Erdogan to ease up on the crackdowns.

A top-10 economy doesn’t become one, or sustain itself after becoming one, through continued corruption and constant crackdowns. Erdogan knows this, yet he can’t seem to help himself to the riches that power proffers. Before alienating his few remaining allies, he would do well to return to prudent precedent and the very leadership that turned Turkey into a 21st century powerhouse before it’s too late.

Michael Shank is director of foreign policy at the Friends Committee on National Legislation.