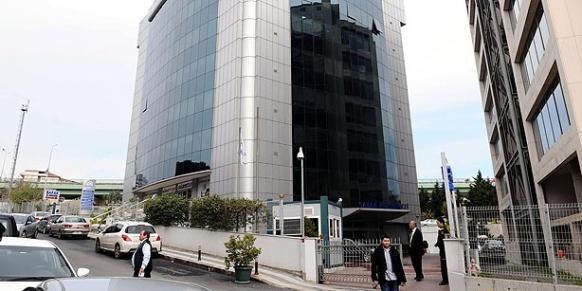 A prosecutor’s office in İstanbul is preparing to launch a new investigation into Kaynak Holding, a Turkish company close to the Hizmet movement, in an alleged attempt to reignite earlier claims of irregularities in the company, Today’s Zaman learned on Friday.

Kaynak was acquitted in a recent investigation in March which had alleged fraud within the company.

A Finance Ministry team examined tax documents related to Kaynak’s operations on the evening of March 26. On the same night, government media outlets aired reports online that referred to the inspection as a “raid.” Kaynak described the audit as a “routine visit,” denying claims of a raid.

The company also complained about what it said was an “intense smear campaign” against itself. It later took the issue to a court, which shortly after ruled that the inspections at Kaynak on March 26 were unlawful and that the documents confiscated during the inspections be returned to the firm. The firm said it still has not received its documents.

It later turned out that the Finance Ministry’s audit team had used falsified documents to carry out a tax inspection at Kaynak. The team used some e-mailed documents sent to them by an anonymous source, Ö.A, which failed to prove the allegations of irregularities at Kaynak.

A separate prosecutor’s office in İstanbul is now preparing to launch a new round of inspections at Kaynak. The office is again using e-mailed documents without confirming their authenticity, sources have told Today’s Zaman.

In addition, the prosecutor’s office has registered the new documents that it plans to use for the new inspection at Kaynak in a file named “Keynak” in the National Judiciary Network Project (UYAP). Legal experts have said this was done on purpose to keep the new investigation file secret. The experts said this is an illegal method of launching an investigation.

Prime Minister Recep Tayyip Erdoğan has accused Turkey’s largest Islamic group, the Hizmet movement, of orchestrating a plot to launch a graft inquiry targeting his family members, ministers and businessmen. He also accuses Hizmet followers of being involved in illicit wiretapped recordings of top government officials, which served to expand the scope of a corruption scandal which erupted on Dec. 17.

The operation at Kaynak Holding headquarters in March has raised questions over the motive behind the recent Finance Ministry visits to certain business groups and companies, with critics viewing them as politically motivated searches ordered by the government.

Last year, the police launched investigations into Turkey’s oil distributors, including the Turkish Petroleum Refineries Corporation (TÜPRAŞ) owned by Koç Holding, over suspicions of “trading irregularities” and evasion of private consumption tax (ÖTV). The controversial investigations came after Erdoğan issued stern warnings to a number of business groups — including Koç Holding — that opened their doors to protesters escaping riot police during the Gezi Park protests in İstanbul’s Taksim Square.

Erdoğan said the owners of Divan Hotel, which allowed the hotel to be used as a shelter for protesters who had clashed with the police, would pay for their stance once the protests were over. The Koç business group owns both Divan Hotel and TÜPRAŞ.

The recent raid on Kaynak Holding has led to fresh questions over the nature of the sudden government interest in these companies. Critics of the government have alleged that it is using all the tools at its disposal to punish opponents and rival businesses.

In one example of using his political clout to “punish” the movement, Erdoğan urged his followers not to send their children to the schools and institutions run by the Hizmet movement or to buy its newspapers. Erdoğan’s aides have separately called on Justice and Development Party (AK Party) followers to boycott companies and a participation bank that are close to the movement.