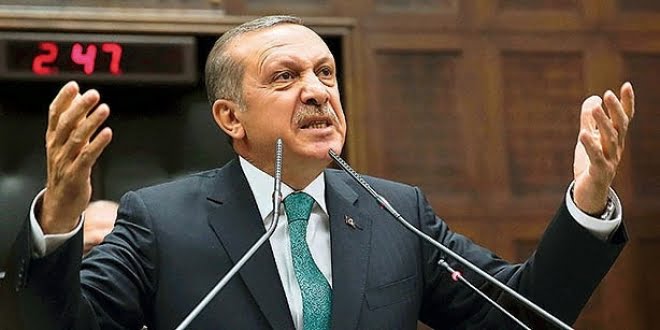 New Delhi [India], Dec 26 (ANI): M Behzad Fatmi, a Turkish political expert and commentator, has said that those people who are not throwing their weight behind the government of Turkish President Recep Tayyip Erdogan are given a very severe punishment and is dubbed as a follower of the US-based Islamic cleric Fethullah Gulen, whose Gulen movement has been blamed by Ankara for the failed 2016 coup bid and is designated as a "terrorist organisation.

The scribe said that Ankara’s crackdown on Gullen followers amounts to “social and economic genocide” and asserted that the self-exiled scholar had no connection in the coup d’etat aimed at overthrowing the Erdogan regime.

“The Turkish government’s actions against the followers of Fethullah Gulen can easily be described as social and economic genocide. After more than three years of the so-called coup attempt of July 15, 2016, it is absolutely clear that Gulen had no connection whatsoever with the dreadful events of the night. He has been made a scapegoat in order to crush all opposition voices in the country,” Fatmi said in an e-mail interview to ANI.

“Using him, the Erdogan regime is not only punishing his followers but also the Kurds, the liberals and the Kemalists. Anyone who is not subservient to the regime is labelled a Gulen follower and given harshest of punishments,” he added.

The journalist lauded Gulen movement, also called the Hizmet movement, for its key contributions in various fields including education and poverty alleviation.

“As far as Gulen himself is concerned, he is a renowned Islamic scholar who has inspired a global social movement called the Hizmet/Gulen movement. The Hizmet movement is known for its remarkable achievements in the fields of education, interfaith and intercultural dialogue and poverty alleviation,” Fatmi outlined.

Slamming the government over the economic turmoil in Turkey, Fatmi said that the authoritarian rule of the Erdogan regime has turned the country into any other “Middle East” country from a “model state” in the region. He also said that Turkey competes with Iran and China in jailing scribes despite being a NATO member and a candidate country of the European Union.

“It is a shame that the party under which Turkey’s economy boomed for almost a decade has now brought the country’s economy to a crisis. The Erdogan regime’s insistence on remaining in power regardless of their ability to properly govern the country has made Turkey just another Middle Eastern state from the “model state” in the region. No country that has a head of state as authoritarian and intolerant as Recep Tayyip Erdogan can progress. Despite being a full member of NATO and a candidate country of the European Union, Turkey under Erdogan competes with Iran and China in jailing journalists,” he said.

“With erosion on democracy in the country, Turkey’s economy was bound to fail and it has failed,” Fatmi added.

Asked whether former Turkish prime minister Ahmet Davutoglu, once a close Erdogan ally, would be able to defeat the Turkish strongman in the next general election scheduled for 2023, Fatmi remarked that it is too early to speculate but said the former should be given a chance to prove himself.

“It is too early to say whether Ahmet Davutoglu would be a good alternative to Erdogan. After all, Turkey’s drift towards authoritarianism had already started when Davutoglu was the prime minister of the country. It was during his time as the prime minister (2014 to 2016) that some prominent media outlets were raided and forced to go offline by the police,” said the Turkish political writer.

>”During his tenure as foreign minister, Turkey adopted disastrous foreign policies like trying to topple Bashar al Assad regime by supporting radical elements in Syria. Having said this, it is also important to note that trying to create an alternative by forming a rival party to Erdogan’s AKP is a bold step by Davutoglu. Perhaps he is attempting to undo some of the blunders he has committed with Erdogan. He should be given a chance to prove himself,” he further said.

Davutoglu had resigned as prime minister in 2016 after a document dubbed as the ‘Pelican Files’ was leaked detailing points of contention between him and Erdogan.<br />He resigned from the AKP earlier this month and formed a new party called the Future’s Party.

The 60-year-old Erdogan foe had also served as foreign minister from 2009 to 2014 and as Erdogan’s chief advisor.

Davutoglu has accused the Turkish strongman of economic mismanagement and said he decided to form his own party to fight against the “cult of the leader” politics in the country. (ANI)