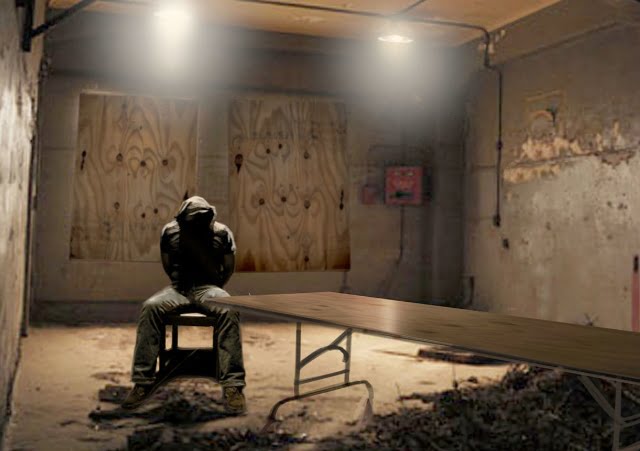 Allegations of torture have been voiced by tens of thousands of mistreated inmates held in the newly opened Maras Turkoglu Type L Prison, Gazete Duvar reported on Friday.

More than 30 jailors reportedly raided the ward and attacked the inmates who rejected to be counted by the prison administration.

“The prison manager insisted that the inmates be counted on foot, including those who were extremely sick. They were beaten and dragged by the prison officers. They have serious injuries,” said Ongor, revealing details of the torture.

Later, the tortured inmates were allegedly separated from each other by being transferred to different wards. They could not have a meal or bath as they were not allowed to take their belongings with them.

The administration also directed 19 inmates to the discipline committee, accusing them of beating the wardens.

“We will be following the case to ensure that the perpetrators of the unlawful act are found out and that the investigation into the incident be performed effectively,” said Ongor.

The Association called on the ministry of justice to be sensitive to the matter.

A parliamentary question was directed at Justice Minister Abdulhamit Gul when Meral Danis Bestas, a lawmaker from the pro-Kurdish opposition Peoples’ Democratic Party (HDP), asked whether an investigation had been launched into the torture allegations raised by the inmates’ relatives as well as the officers who were allegedly involved in the acts of torture.

Six prisoners who were transferred to the Turkoglu Prison late in July, called for help through their families, saying their lives were in danger. The prisoners claimed that they were subjected to insults, psychological stress, and physical torture during their transfer and at the new prison.

Torture in Turkey – the norm rather than the exception

In Turkey, cases of torture and ill-treatment increased significantly after the coup attempt in 2016, according to Andrew Gardner, Turkey researcher at Amnesty International, a London-based non-governmental organization focusing on human rights.

There have been deaths in prisons that are suspected to have been caused by acts of torture and maltreatment.

However, hundreds of inquiries to the Turkish parliament, submitted by lawmakers, including Omer Faruk Gergerlioglu from HDP and Sezgin Tanrikulu from the main opposition Republican People’s Party (CHP), have remained unanswered.

A report titled Mass Torture and Ill-Treatment in Turkey, which was published in June 2017 by the Sweden-based Stockholm Center for Freedom (SCF), declared that the torture, abuse, and ill-treatment of detainees and prisoners in Turkey has become the norm rather than the exception.

The Human Rights Watch (HRW), an independent human rights organization that investigates and reports on the abuse happening all around the world, said people are at risk of torture in police custody, especially if they have been accused of terrorism or of being linked to the 2016 attempted coup.

Founded in 1986, the IHD is an independent association to promote human rights and freedom in Turkey.