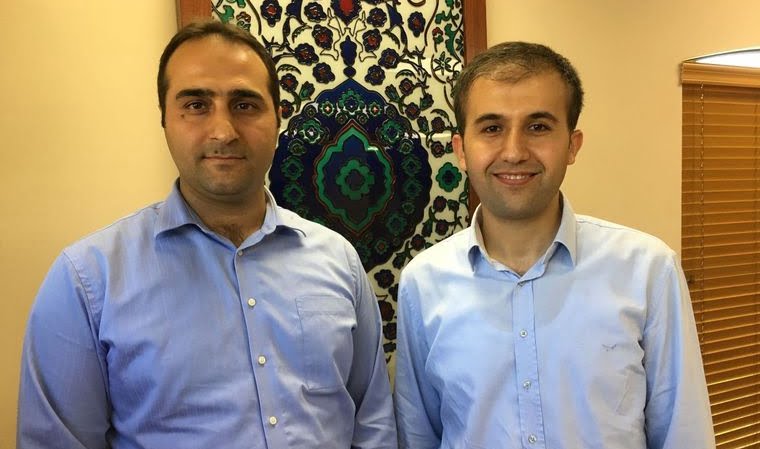 A Muslim cleric accused by the president of Turkey of attempting to overthrow the government is at the center of a political maelstrom that reaches all the way to Tulsa.

Fethullah Gulen is not exactly a household name in the United States.

But the cleric now living in self-imposed exile in Pennsylvania is one of the most influential religious figures in his native Turkey, and has been called the Billy Graham of Turkey, a reference not to his faith, which is not Christian, but to his high profile.

And his influence is global.

The movement he inspired — called the Gulen movement by some and the Hizmet (service) movement by insiders — has established schools, hospitals, media, social services and cultural centers in some 170 nations.

Education is a central value of the movement. Turkish Muslims sympathetic to Gulen’s views have set up more than 1,000 schools around the world, including some 150 schools in the United States under the public charter school program. Two are in Tulsa — Dove Science Academy and Discovery School of Tulsa — and two are in Oklahoma City.

Local Turks are quick to point out that the schools are not “Gulen schools,” have no direct affiliation with Gulen and are locally controlled and supported by local tax money. Gulen himself has disavowed formal connection with the schools but acknowledges they may be run by people who generally share his values. Contacted Tuesday, a Dove Public Charter Schools spokesperson said, “In light of the political unrest in Turkey, we see no benefit in making a statement. We do not get involved in politics and remain focused on the success of our students in Tulsa and Oklahoma City.”

All of this background became suddenly pertinent last month when a coup attempt erupted in Turkey aimed at overthrowing the government of Turkish President Recep Tayyip Erdogan.

Erdogan blamed the coup attempt on Gulen and is seeking to extradite him to Turkey to face charges of attempting to overthrow the government.

So far, the U.S. has not agreed to turn him over to the Turks.

Secretary of State John Kerry has said the U.S. will not extradite him without proof. The Turkish government has said failure to do so will damage relations between the two countries.

Gulen has denied any involvement in the coup and has suggested Erdogan may have masterminded the coup himself to solidify his political position.

The two once were allies, but in recent years, Erdogan has viewed Gulen with distrust, and has sought to undermine his network.

The Wall Street Journal reported that in May the Turkish government sued Harmony Public Schools, a chain of 46 charter schools in Texas, alleging the schools have Gulen ties and illegally favor Turkish teachers and contractors over Americans.

The schools deny the charges.

The coup attempt, and the crackdown that followed it, have put Turkish Gulen followers in the United States in a difficult position.

Turkey native Yusuf Dundar, who until this month has been the director of the Raindrop Turkish Cultural Center in Broken Arrow, said Gulen’s Hizmet movement had nothing to do with the coup attempt.

He said Hizmet is a grass-roots, trans-national, non-religious movement inspired by Gulen in Turkey in the 1970s. It is open to people of all political, religion and cultural persuasions who accept its core values.

Those values, he said, include promoting education, democracy, human rights, nonviolence and interfaith understanding, empathy for people of all religions and no religion.

“On a personal level, we are sad and we are afraid, because we have family over there,” Dundar said of the situation in Turkey.

“We don’t know what’s going to happen to them.”

Muhammet Ali Sezer, the incoming executive director of the Raindrop Turkish Cultural Center, said it will be impossible for him to return to his homeland unless the political situation improves.

“If I go back to Turkey, I don’t know what they will do to me,” said Sezer, who left his job as a teacher at the Dove Science Academy in Oklahoma City to take the Broken Arrow job.

Hizmet movement followers in Turkey are in a dangerous situation, Dundar said.

The government shut down hundreds of Hizmet schools in the wake of the coup attempt, and canceled the teaching certificates of 20,000 teachers, stripping them of a way to make a living, he said.

Many people in the media, business and professional world have been arrested, and the crackdown continues.

Both men said they know of family and friends who have been arrested and imprisoned.

Some 50,000 passports were revoked, preventing people from fleeing the nation, Dundar said.

“It’s getting bigger and bigger right now. It reminds us of Hitler,” he said.

Sezer said he fears for his father and brother who live in Turkey.

Dundar and Sezer, however, both said the situation in Turkey will not prevent them from continuing their intercultural, interfaith work with Hizmet in the United States.

Sezer will run the Broken Arrow center, which is one of 17 branches in seven southwestern states associated with the Dialogue Institute of the Southwest, based in Houston, a Gulen organization.

And Dundar said he will move to Dallas to pursue business opportunities, and he plans to be involved with Dialogue Institute projects there.