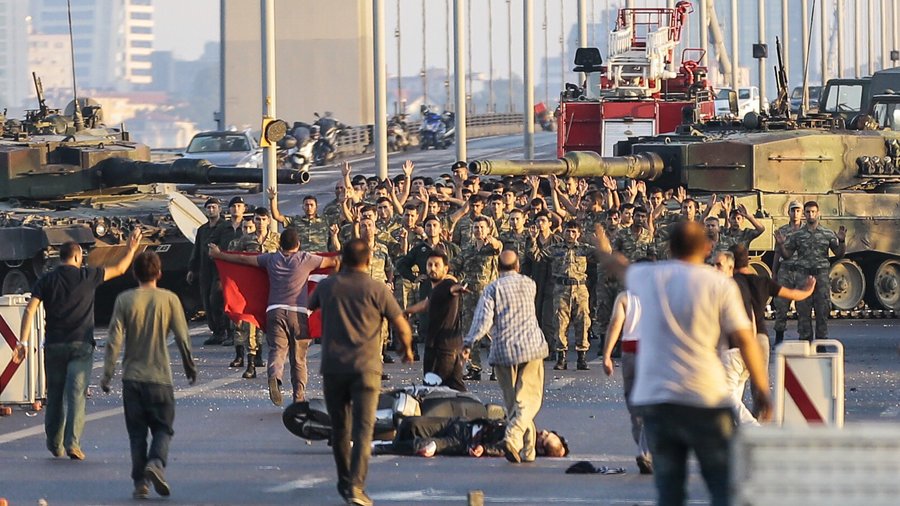 The committee concluded that “Given the brutality of the events of 15 July, the severity of the charges made against the Gülenists, and the scale of the purges of perceived Gülenists that has been justified on this basis, there is a relative lack of hard, publicly–available evidence to prove that the Gülenists as an organisation were responsible for the coup attempt in Turkey. While there is evidence to indicate that some individual Gülenists were involved, it is mostly anecdotal or circumstantial, sometimes premised on information from confessions or informants, and is—so far—inconclusive in relation to the organisation as a whole or its leadership.”

A statement issued Saturday morning by the FAC as it released its report said, “The Committee took evidence from the Gülenists, including an oral hearing which stands as a rare example of the movement being scrutinised in public,” and that in contradiction to claims made over the past two years by Erdoğan and the Justice and Development Party (AKP) government, “The FCO [The Foreign & Commonwealth Office] did not have evidence to justify the designation of the Gülenists as a terrorist organisation by the UK, and the Committee agrees with this assessment.”

A report titled “The UK’s relations with Turkey” and issued on Saturday by the House of Commons Foreign Affairs Committee also elaborated on the issue.

“Gülenists are unlikely to have been the only elements involved in the coup attempt. Kemalist elements within the military, those who opposed the AK Party, or those who simply wished to preserve their own positions, are also likely to have been involved. Some, especially in the lower ranks of the military, appeared to have taken part, at least initially, without realising that they were involved in a coup attempt,” the report added.

After statements from Germany and the US

Last week the head of Germany’s Federal Intelligence Service (BND), Bruno Kahl, said Turkey could not convince them that US-based Turkish-Islamic scholar Gülen was behind a failed coup attempt on July 15.

Similarly, Devin Nunes, chairman of United States House Permanent Select Committee on Intelligence, said he has not seen any evidence showing Gülen’s involvement in the failed coup attempt in Turkey.

In the statement, the Foreign Affairs Committee also affirmed the importance of Turkey as an international partner for the UK but raises concerns about the weakening of both democracy and human rights in the country as the UK moves to strengthen the bilateral relationship.

Expressing that the UK was right to support Turkey against the threat posed by the coup attempt, the FAC, however, underlined: “The actions undertaken by the Turkish government under its current State of Emergency undermine democratic culture and human rights in Turkey. In the effort to secure its wider interests, the UK risks being perceived as deprioritising its own values in human rights.”

Despite the scale of the threat faced by Turkey, the committee concluded that the Turkish government’s response has been disproportionate.

“Turkey is an important strategic partner facing a volatile period. It needs and deserves our support, but that support needs to include our critique where Turkish policy is not in its own, or our joint long-term interests: these are regional security and stability as well as strong and accountable institutions in Turkey.
“The current purges by the Turkish government amount to a root-and-branch attempt to eradicate the Gülenist movement from positions of public influence, but they have also extended beyond that to affect opposition and pro-Kurdish activists.
“Large numbers have been punished on the basis of a broad and vague definition of ‘terrorism’ and a worryingly low threshold of evidence. Many of those dismissed and detained have been punished without trial or access to the evidence against them. There are alarmingly inadequate avenues for redress.
“These purges risk undermining Turkey’s reputation, its economy, the UK’s ability to trade there, and the capabilities of the Turkish military against shared enemies such as ISIL. More fundamentally, they undermine the values of human rights and democracy in Turkey, already significantly weakened before the coup.
“We met President Erdoğan during our visit, and he has made himself as central to twenty-first century Turkey as Mustafa Kemal Atatürk was in the twentieth century. But now is a profound moment of decision for him and his divided country. Whether he secures an executive presidency or not, the choices that President Erdoğan now makes will determine whether Turkey will be a repressive or a recovering state. Avoiding catastrophe, and instead shaping a positive outcome, is clearly in the interest of the UK’s economy, security, and values.
“The FCO must help Turkey reinforce accountable state institutions, while also developing ties far beyond them: the UK needs a deeper and therefore more durable relationship with the Turkish people, whichever background they hold, while working to uphold the values of human rights and democracy that benefit them all.
“The Foreign Affairs Committee visited Turkey in January 2017 and put questions to the senior political leadership, including President Recep Tayyip Erdoğan. It heard from a wide range of activists, journalists, and analysts – as well as business leaders and young Turkish citizens.
“There is an intolerance of alternative narratives in Turkey, with the Turkish government broadly suppressing, discrediting, or punishing those who contradict its authorised accounts of sensitive events. The powers afforded by the State of Emergency—combined with a vaguely-framed definition of terrorism, a pliant media, and a politicised judiciary—have allowed the government to silence a broad spectrum of critics by labelling them as ‘Gülenists’ or ‘terrorists’ on the basis of light evidence or broad interpretations. While the Committee supports the British Government’s effort to win itself a voice to help deliver a positive future for Turkey, it must not forget its responsibilities to promote our democratic values. And therefore it recommends that Turkey is listed as a Human Rights Priority country.”