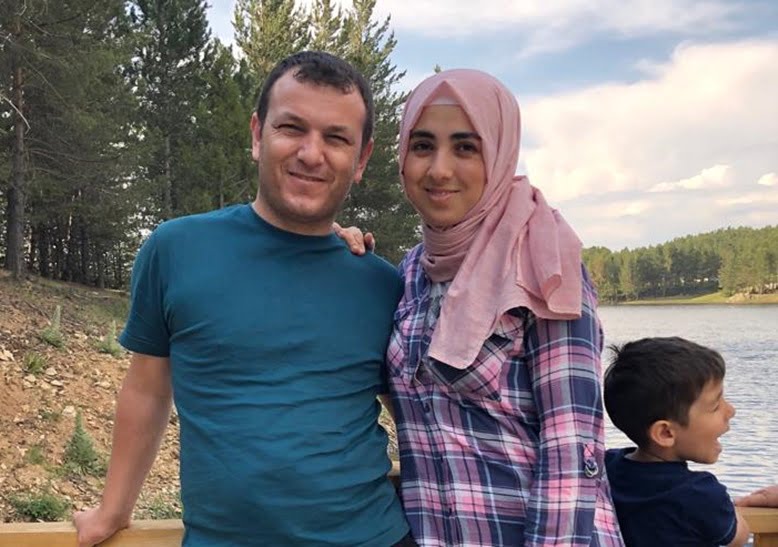 Elif Aydın, 31, is one of the educators arrested in Turkey over the past three years. She was two-months pregnant when she was sent to prison in the western province of Gebze on May 25, 2018. She also had two kids, 6 and 3 years old at that time.

She couldn’t leave behind her younger child, Musab; thus, she brought him along to prison. They did not provide a separate bed for her son in the eight-person ward. The pregnant woman stayed by sharing the same bed with his son in prison for months.

Turkish law forbids the arrest of pregnant women; however, this ban has not been applied for suspects from the Gulen movement and of Kurdish origin.

Gergerlioğlu filed a complaint on July 1, 2018, with the Supreme Council of Judges and Prosecutors (HSYK) against the judge and prosecutor who gave the arrest decision for Elif Aydın. A response from HSYK to his complaint came 1.5 years later. They have not investigated it so far.

“By this decision, HSYK has become an accomplice to this crime,” Gergerlioğlu said.

Elif Aydın, on the other hand, is trying to be the voice of other arrested pregnant women by revealing what she had been through.

“I was the director of a private student residence. That was the only accusation leveled against me. My husband had stayed in prison for a year over links to the Gulen movement. They arrested me nine months after he was released from jail. I left my older child behind and took Musab in prison with me. And I was pregnant with my third child. We all three were trying to sleep in the same bed.

“I fell downstairs twice and was taken to the hospital. My kid, Musab, also fell downstairs several times, and his face and eyes got hurt. The ward was an eight-person ward, but there were times also where nine people had been staying in our ward. The prison is tough for a woman with a child. It was summer, fortunately, when I was jailed, so we could spend most of our time in the yard. When it became colder, we had to stay inside.”

“There was no hygiene in prison. Musab’s eyes caught an infection. He hit his head on the bunk beds many times. He fell off the bunk bed, and he hurt his head and mouth. I was pregnant and was seeing all these (Musab had been through) so, I grew depressed.

“Many pregnant women were arrested like me. And, this is still going on. There are no special arrangements or facilities in place for pregnant women and children in prison. Life is quite hard in prison.”

Erdogan’s regime mainly targeted well-educated people. About 1,400 Gulen-affiliated schools, kindergartens, student residences, and universities were shut down. Thirty thousand teachers were dismissed, and their licenses were revoked. Thousands of teachers were arrested.