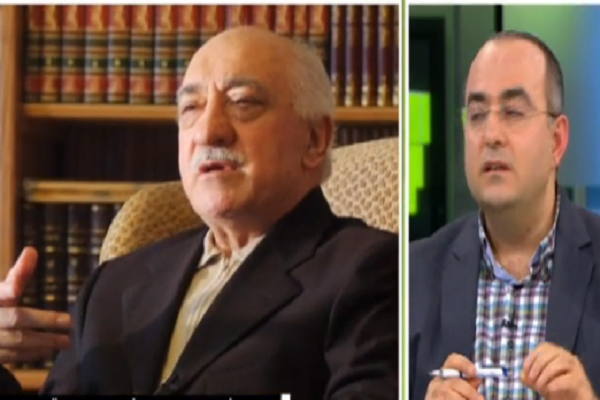 Nevzat Savas spoke on the prominent Saudi scholar Salman al-Ouda’s encounter with the Hizmet, how his views changed and his excitement over the movement:

“Hundreds of Saudis to date have come to explore the Hizmet”

As a matter of fact, hundreds of Saudis to date have come to see the Hizmet in its native country. There have been many curious to know about it, not only from Saudi Arabia but also around the world. This indicates a tie-up in the Muslim world. Whoever hears about something going on in Turkey is coming here. There are two groups in the Arab World: First one is comprised of those who have seen the world and are willing to integrate into modernity. But they would like to this without losing their identity. They say “we are Muslims.” Yet the native Muslim movements are not able to integrate them into modernity. They cannot address the issue of modernizing and preserving identity at the same time. On the other hand, there are those who knows the principles and scriptures very well. The question as to how modernity relates to the foundations of Quran and prophetic traditions very much attracts their attention.

Salman al-Ouda is one of the most prominent scholars in Saudi Arabia. If you zap through the 700-800 Arab channels, chances are high that you will come across him on at least one of them. Thousands are reading his books. He is well-known in the Arab world. He is highly acclaimed especially among the young. He has numerous books featuring a simple style. He therefore has a large audience. Once, an Arab friend of mine called me and asked if I would be interested to meet Salman al-Ouda who was coming to Istanbul. My friend said he told al-Ouda about the Hizmet and he was very interested to learn more about it. So, we met with him at his hotel in Istanbul. His inquisitiveness was obvious from the pen and paper he was holding in his hand. His first question was “Does the Honorable Gulen teach? Does he have a religious teaching circle?”

I told him about Gulen’s classes and the books he covers teaching Islamic exegesis and jurisprudence. He said Gulen has powerful basis as the works he covers constitute the backbone of the Islamic community. This is the “ahlus sunnah” attitude (path of the Prophet Muhammad). Another question he asked was whether Gulen teaches Sufism. Saudis especially the Salafis show antipathy towards Sufism. I said “Yes, he does.” Gulen teaches Qushayri, Imam Gazali’s Ihya’ ‘Ulum al-Din, Muhasibi’s Er Riaye’l Hukukilleh and Imam Rabbani’s Maktubat. He covers them all in Arabic. Al-Ouda said these are all Sunni works based on Quran and sunnah. They form the spiritual foundations of the Muslim world. So, Gulen’s spiritual basis are powerful too, he said. There’s no fallacy, no myth. This is Sunni Sufism line centered on Quran and sunnah, he said.

We later visited a Quranic school. Al-Ouda was impressed to see the students from about 40 different countries. He said all these efforts show our adherence to Quran.

“Gulen is speaking of the spirit we have lost”

“Tell me about the honorable Gulen,” he said. And I let Gulen speak for himself and showed him a short video clip from his sermons. It was 8-10 minutes long. Gulen was speaking on our Prophet Muhammad’s absence in Europe, America and all. He was calling on his audience to spread his name around the world. I was pausing the video from time to time and translating what Gulen was about to say. Then I saw al-Ouda in tears. He was crying while Gulen was crying too. I paused the video again for translation but al-Ouda said: “No need for translation, I can understand what he’s saying. He is speaking of a different world. This is what the spirit Muslim world has long missed. He is a true lover of the Prophet and his companions. This is exactly the spirit we have lost.”

“We thought we were doing something but we were wrong”

Next, we visited some other institutions including a university. Al-Ouda said “I have been travelling to Turkey for 20 years now. I have been here for about 20-30 times but this is my first time exploring this world. Now I feel I’ve been able to truly explore Turkey.”

Then we went back to his hotel. He had his friends waiting at the lobby. He said to them: “Don’t you tell me anything. Wallahi billahi I feel so worthless. I’ve realized we haven’t done anything to date. We thought we did but we were wrong. If you would like to see what service is, go see the services done here and read Gulen.”

He continued: “From this day on, I will refer people from our world to you. Please let them see all these services because we have serious problems in our world. We have a radical Salafi line and an emerging secular one. But we need a moderate attitude which is, I believe, the Hizmet. Please do not neglect it and tell them about the Hizmet. It is of vital importance for us.”

On the TV show, the Algerian professor Muhammad Babaammi said he had been searching for a role model for the Muslim world and then he found the Hizmet: “I had been searching for a role model. I thought there had to be one around the world. We have the Age of Bliss in the past, for example. But today is not the Age of Bliss. I have travelled to many countries around the world in search for a role model. I have been to Malaysia to research the Mohamad Mahathir school. And when I saw the Hizmet, I said this is what I’ve been looking for. This is the alternative to take the Muslim world out of the crisis it is in. Many of the Arab countries are still colonies and struggling to pull themselves together. I believe I found the role model I need.”

Reza Aslan, a Muslim American writer, scholar of religion and author of the international bestseller “No god but God: The Origins, Evolution, and Future of Islam” slammed comedian Bill Maher and CNN anchors Don Lemon and Alisyn Camerota for their simplifications of Islam. He also concluded that their rhetoric amounted to bigotry.