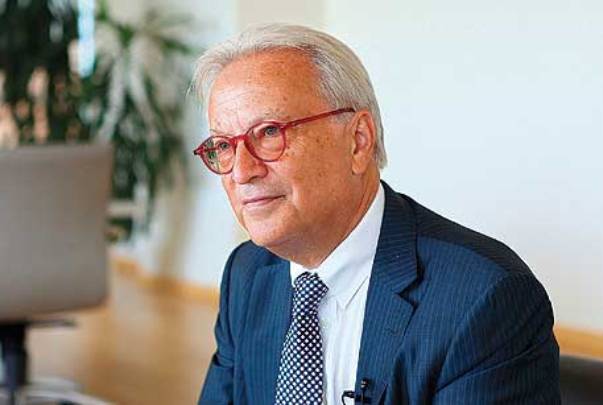 Socialist leader Hannes Swoboda accused Prime Minister Recep Tayyip Erdoğan of using the Hizmet movement as an excuse to backtrack on reforms, during their meeting in the European Parliament on Tuesday.

EU sources told Today’s Zaman that Swoboda, the leader of the Group of the Progressive Alliance of Socialists and Democrats, grilled Erdoğan on his recent actions vis-à-vis the corruption investigations in which some of his Cabinet ministers have been implicated. The veteran Socialist leader accused Erdoğan of using the Hizmet movement to halt reforms, stressing that the prime minister had supported the movement a year ago and asked why he now saw the movement as a threat.

Erdoğan has crafted an international conspiracy theory to explain the corruption scandal in which the Hizmet movement is accused of being “domestic collaborators.”

“You were still supporting the Hizmet movement a year ago. Now you use the movement as an excuse for halting reforms. Why do you see them as a danger to Turkey now?” he asked.

The Socialist leader also tried to find out why the government now wanted to change the law on the Supreme Board of Judges and Prosecutors (HSYK), which it supported just three years ago. Swoboda reminded Erdoğan that he had faced problems with their sister party, the Republican People’s Party (CHP), simply because Swoboda had supported the constitutional amendments made in 2010. “I personally supported the constitutional amendment of September 2010 — as you know very well — at the cost of conflicts with the CHP, our sister party. It is not international forces but you who want to change it now. Why?” he asked.

Co-chairman of the Greens Daniel Cohn-Bendit was equally critical. Cohn-Bendit told Erdoğan that he had declared that he did not recognize the European Parliament (EP) when it passed a resolution back in June but was now telling them how the EP is an important institution. Cohn-Bendit asked Erdoğan which version was true.

He also stressed that the conspiracy theories which Erdoğan often refers to reminds him of Kemalists and their theories to explain the problems in the country.