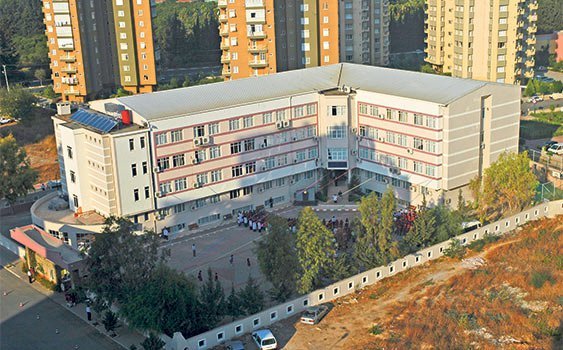 The school that AK party mayor wants to destruct has been serving for 18 years.

The Antalya Metropolitan Municipality City Council decided on Tuesday to change the structural plan of a Hizmet-affiliated school that has been operating in the Muratpaşa district of Antalya since 1996, canceling its registration and paving the way for the destruction of the building that houses the school.Criticizing the decision of the Antalya Metropolitan Municipality, Muratpaşa Mayor Ümit Uysal, of the Republican People’s Party (CHP), told Today’s Zaman that the change in the zoning plan was a political move. “I cannot recall [ever hearing about] any decisions to demolish the buildings of educational institutions. It is obvious that the decision regarding the school is a political move. This explicitly does not have any legal base,” Uysal said.CHP city council member Mustafa Reşat Oktay claimed that the decision directly targets the Hizmet movement. “The wolf has already decided to eat the sheep. This is an unlawful move. Unfortunately, AK Party [Justice and Development Party] members outnumber opposition members on the city council. Thus, they think they can do whatever they want. But we will do everything [possible] to stop them from making arbitrary decisions.”The Antalya Metropolitan Municipality canceled on June 17 the construction licenses of a Hizmet-affiliated school and a dormitory belonging to another religious community, following a recent speech made by newly elected President Recep Tayyip Erdoğan in which he told AK Party mayors to take back property they might have allocated to the Hizmet movement.Mayor of Antalya’s Konyaaltı district Muhittin Böcek, from the CHP, also opposed the decision, maintaining that the ongoing construction projects are legal. According to Böcek, the construction projects are being halted because of a lack of support for the AK Party within these religious communities.Antalya Mayor Menderes Türel stated on June 20 that a previous court order does not allow for new construction projects in the region. He added that the land that the dormitory is being built upon belongs to the metropolitan municipality and that the Konyaaltı local municipality has no authority in this decision.In a similar case, the Bolu Municipality sealed on July 11 two schools belonging to businessmen affiliated with the Hizmet movement. The municipality hung a sign in front of the sealed schools claiming that the buildings are not licensed and that they did not follow municipality-approved plans. Bolu Mayor Alaaddin Yılmaz said his municipality had to take action against unlicensed buildings and that the closures are not linked to a government policy against Hizmet.