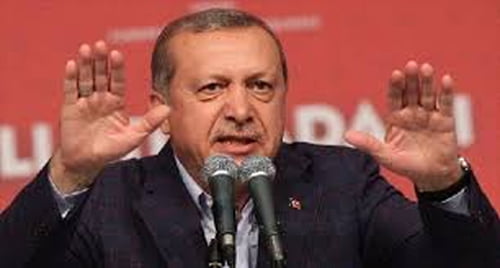 The Turkish government under President Recep Erdogan has launched a foundation called the Marrif Foundation in a renewed bid to check the impact of the Hizmet movement affiliated educational institutions in Africa.

The project, according to Serdar Cam, President, Turkish Cooperation and Coordination Agency (TIKA), is to be kick-started with “an estimated USD 150 million budget in 2017 from the government.”

It would be recalled that on September 14, Turkish Education Minister İsmet Yılmaz announced publicly that the Maarif Foundation was planning to take over 65 schools linked to the Gülen movement in 15 unnamed countries.

Although there is sustained pressure by Recep to shut down Hizmet-controlled schools across Africa, but this has not yielded results as majority of the countries, including Nigeria, refused to yield ground.

In Nigeria for instance, parents of students in 17 Turkish schools across the country kicked against the call for closure, with the Nigerian government saying, it “is an internal matter, and we have our rules and regulations. Besides, there ought to be evidence to back your claims.”

The Maarif Foundation, named after an Ottoman Turkish word for education, which comes from the Arabic word for knowledge or wisdom, will be funded by the Ministry of National Education to establish schools around the world which will serve as alternatives to the schools run by members of the Hizmet movement in African countries.

According to a news story published by Turkish newspaper Daily Sabah, “The state-owned Turkish Maarif Foundation was set up last June by a law passed in parliament, which was approved by President Recep Tayyip Erdoğan. The Foundation’s purpose is to ensure educational services from kindergartens to universities, provide scholarships and bursaries, and build and operate schools, training facilities and internships.”

Quoting an unnamed source it described as reliable, the medium said “the motive behind Maarif Foundation is to use it as a tool to pressurize African countries to transfer ownership of Hizmet movement linked schools to the Maarif Foundation since the request for the closure of these schools were turned down for lacking in merit.”

“Global Peacemakers Conference” took place in the Rwandan capital city Kigali, August 7-8, 2014. Turkey’s Journalists and Writers Foundation, the sole participant from outside Africa, attended the event having attracted a large number of academics, religious figures and NGO officials from across the continent.  In his address, the foundation’s secretary-general for Abant Platform Ibrahim Anli […]