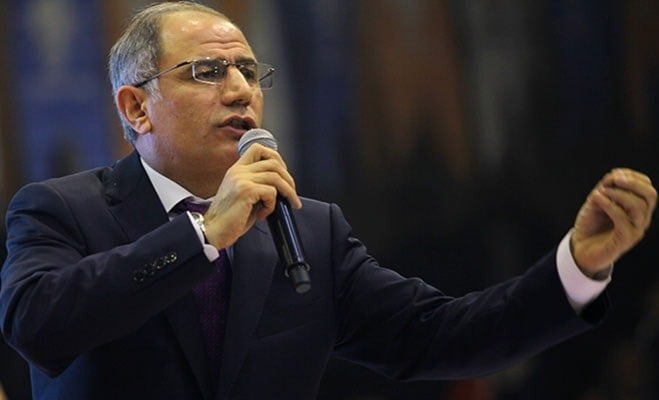 ANKARA
Turkish Islamic scholar Fethullah Gülen‘s lawyer has filed a libel suit against Interior Minister Efkan Ala over his remarks targeting Gülen during a speech in Erzurum province on Monday, stating that Ala violated the personal rights of Gülen with untrue accusations and improper analogies.

Gülen’s lawyer, Nurullah Albayrak, demanded TL 50,000 in compensation from Ala in the petition he filed with the Ankara Chief Public Prosecutor’s Office.

During a meeting in Erzurum to introduce the Justice and Development Party’s (AK Party) mayoral candidates on Monday, Ala said: “You are denigrating the people — among whom you are based — who are working for the sake of God. Who are you? Who are you? Are you strong enough to deal with this? Is this nation helping you in this? How dare you rise up and initiate a coup plot?”

Albayrak stated in the petition that unrealistic allegations and imputations, intended to defame his client Gülen, were made by Ala during his speech in Erzurum. Albayrak stated: “The expressions used by Ala cannot be considered within the scope of freedom of expression as they clearly violate the personal rights of Gülen.”  Albayrak said that although Ala didn’t mention Gülen’s name in his speech, it was clearly stated in all written and visual media outlets that he had targeted Gülen in his speech.

Ala chose to voice these harsh words against Gülen in Erzurum as Erzurum is the hometown of Gülen.

Radio and Television Supreme Council (RTÜK) has suspended 20 TV shows of the Samanyolu Haber TV news channel, its Editor in Chief Metin Yıkar announced via his Twitter account on Saturday. The RTÜK penalty came days after Prime Minister Recep Tayyip Erdoğan vowed to finish off the Hizmet Movement and its affiliates, including the Samanyolu Haber TV.