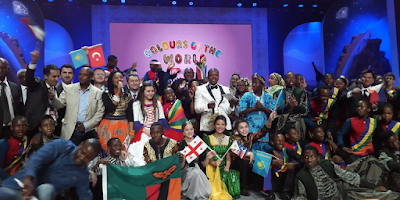 While Erdogan completely silences critics at home as Turkish parliament approved a law on Wednesday that gives President Recep Tayyip Erdogan’s government to regulate social media including Facebook, Twitter and Youtube, and his administration actively pursues dissidents around the world, people from many different nations who benefited from the Hizmet movement are now speaking out in support of the movement’s philanthropic and other efforts around the world.

Erdogan accuses Hizmet (loosely translated to ‘service’, as the group was founded upon the concept of service to humanity) of being behind the 15 July 2016 coup attempt and continues to crack down on the movement at home and abroad.

The Turkish Parliament’s coup commission report has disappeared and Erdogan’s government could not provide any concrete report to the USA, in support of Turkey’s request for the US to extradite Fethullah Gulen who is the spiritual leader of the Hizmet Movement.

Gulen, 83, has been living in Pennsylvania since 1999, repeatedly proposing an international coup commission to investigate the July 15 incident to identify the perpetrators.

Turkish Newspaper Milli Gazete, which is close to Erdogan’s inner circle questioned that Erdogan’s “20 July Political Coup” must be investigated as Erdogan began purging thousands of judges, journalists, academics and key civil servants since the coup attempt as opposed to initiating and awaiting the results of a fair and transparent judicial process.

Since 2016, Erdogan closed down 15 universities, purged more than 30 000  teachers from public and private schools. It is estimated that 150 000  government officials have been sacked from key institutions. Erdogan’s government also closed down 170 media houses since the coup attempt, in an attempt to silence all criticism against the regime. Amidst all this, Erdogan managed to cover-up the December 2013 corruption investigations, which targeted his inner-circle, including his son.

South Africa is a good example of a country that has not been pressured into adopting the narrative touted by the Turkish government. Local politicians, students and academics regularly acknowledge the Hizmet Movement’s altruistic activities in the country. Dr Raj Govender, who is a Social Cohesion advocate of South Africa’s Department of Sports, Arts and Culture said: “The Hizmet Movement is a faith-inspired, non-political, cultural and educational movement whose basic principle came from universal values such as love of the creation, sympathy for the fellow human, compassion and altruism.”

Govender said that this worldwide civic initiative, rooted in the spiritual and humanist tradition of Islam and inspired by the ideas and activism of Fethullah Gulen, focuses on the betterment of the individuals in an effort to enact positive change in society by developing leaders and empowering the youth in South Africa.

“It is important to start with the values, if you look at the Hizmet Movement, it starts with the basic of life, it talks to cultural aspects, it talks to principles and values. For me, what is more important is the commitment in bridging the gaps among members of society.”

Professor Mkhize mentioned that Hizmet removes barriers in South Africa’s unequal society by contributing to solid educational foundation, where there are no barriers, in terms of faith, race and economic situation.

Former Gauteng MEC for Transport Ismail Vadi explained that education is not an easy job. He noted that the South African government has been spending 20-21 percent of its national budget for educational expenditure, yet the country still faces significant weaknesses in terms of quality education.

“What the Hizmet Movement has done In South Africa, with the few institutions they have established and through a particular emphasis on maths and sciences development, many of their schools have become high performing schools. If you look at metric results, there has been significant personal development of thousands of learners, in terms of the leadership skills, the cultural integration they had,” he said.

“I wouldn’t have had the opportunity of being in a Medical faculty or studying at Oxford if it weren’t for my teachers,” Hizmet school graduate Dr Kumeran Govender expressed with gratitude. Govender achieved twelve distinctions in matric and is currently a PHD candidate at Infectious Diseases at Oxford University.

Dr Govender said that he sees Hizmet schools as a hub for uplifting education which is in line with the Sustainable Development goals set by the United Nations.

“I am a recipient of one of these bursaries…my father started selling pop-corn and mielies on the street initially when he was growing up to actually buy electricity. In some sense I definitely think Hizmet College is really a microcosm of what needs to be employed across South Africa. This model is one that can be used to transform education in South Africa,” Dr Govender believes.

“I found my passion to help others in Hizmet teachers. They are so selfless, now I am so glad and happy, it gives me great pleasure to wake up every morning to come and help all those from disadvantaged communities, especially this time of Covid-19. It is so fulfilling. Without Hizmet College, none of this would have been possible.”