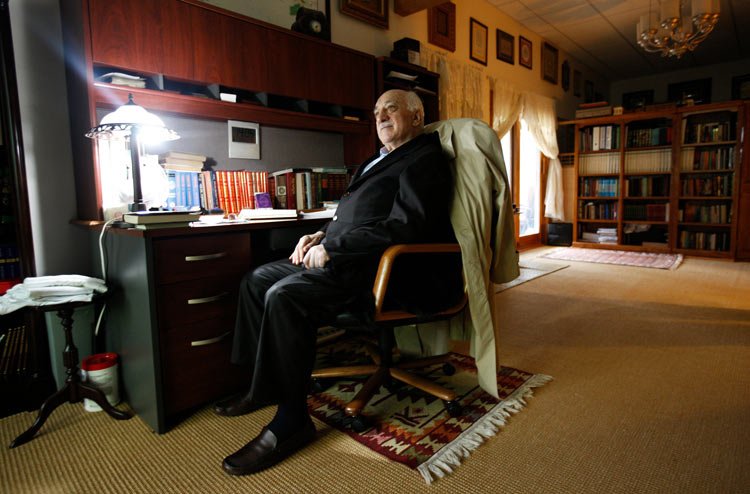 Fethullah Gulen, a Muslim cleric who lives in self-imposed exile in Pennsylvania and is a rival of President Recep Tayyip Erdogan of Turkey. Credit Ruth Fremson/The New York Times

The Constitutional Court ruled on Monday that the legislation to shut the schools, passed in 2014 while Mr. Erdogan served as prime minister and his governing Justice and Development Party had a majority in Parliament, violated the freedom of education enshrined in the Turkish Constitution, according to local news media reports. Although the court’s decision was handed down on Monday, it was not expected to be published until Wednesday.

The schools, attended by students seeking to pass national high school and university entrance exams, are run by Fethullah Gulen, a cleric who lives in self-imposed exile in Pennsylvania. He presides over a network of millions of followers worldwide, some of whom hold high-ranking positions in law enforcement, the judiciary and business in Turkey.

Mr. Gulen is a former ally of Mr. Erdogan, and together they successfully removed the military from Turkish politics in recent years. But since accomplishing that goal, they have been enmeshed in a power struggle that morphed into a public feud last year when Mr. Erdogan accused the cleric of being behind a corruption investigation meant to topple his government.

Mr. Erdogan labeled the investigation a “coup attempt” orchestrated by a “parallel state” led by Mr. Gulen, and in response purged thousands of police officers and prosecutors suspected of having ties with the movement. Charges against all parties implicated in the corruption investigation were dropped this year.

The preparatory schools are a main source of income for Mr. Gulen’s movement, and their closing would have crippled the group’s financing. Mr. Erdogan said the decision to close the schools was “part of a reform of an unhealthy educational system that ranks Turkey below most other developed countries.” He said the system benefited only the children of rich families who could afford to go to the schools.

An appeal to overturn the law was sent to the Constitutional Court, in Ankara, by the main opposition, the Republican People’s Party, which argued that it violated the Constitution by depriving people of education and training.

“The law violated property and education rights,” said Orhan Kemal Cengiz, a lawyer and columnist for Today’s Zaman, a newspaper close to the Gulen movement. “It’s no different than the government shutting down restaurants and dictating that people eat at home.”

Mr. Cengiz said the decision would restore citizens’ faith in the Constitutional Court, which some suspect has fallen under the influence of the government.

The verdict comes at a time of great political uncertainty in Turkey, one month after a general election that stripped the governing party of its parliamentary majority for the first time in over a decade and curtailed Mr. Erdogan’s goal of transforming Turkey’s parliamentary system into a presidential one.

Now, the four parties that won seats in Parliament are jockeying to form a coalition government. Last week, Mr. Erdogan gave Prime Minister Ahmet Davutoglu a mandate to form a new government. If he fails to do so within 45 days, Mr. Erdogan can call for a snap election.

Using the Turkish acronym for the Justice and Development Party, Mr. Cengiz said, “The fact that the A.K.P. lost votes in the election may have had an impact on the court’s psychology, but in any event it was the right decision that has a strong legal basis.”

Mr. Erdogan did not comment on Monday’s ruling, but last year, when the Constitutional Court ruled that the government’s decision to ban Twitter was illegal, he criticized the court, saying he would not respect a decision that denigrated Turkey’s national values. The government lifted the ban one day after the ruling.