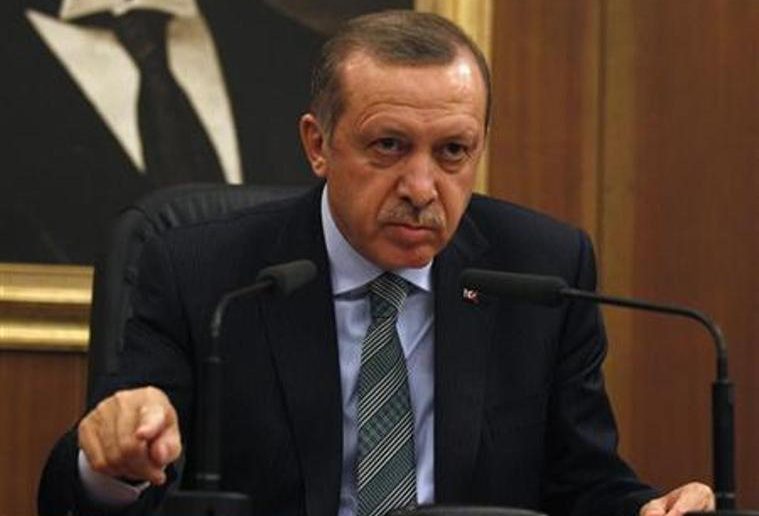 So while Turkish President Recep Tayyip Erdogan travels with a big business delegation to Tanzania, Mozambique and Madagascar this week, he is also focusing on what he calls a security threat. Turkey accuses international schools inspired by Gulen of providing militant recruits for his movement, which in turn says an increasingly authoritarian government is casting as wide a net as possible for perceived opponents.

“It is only expected that they are trying to fight the battle in Africa with the Gulenists,” said Ahmet Kasim Han, an associate professor of international relations at Kadir Has University in Istanbul.

“There is also the understanding that the existing Gulenist networks in the West are harder to take on because of Turkey’s capability limitations in the West, especially when it comes to influence and imagery problems,” Han said.

Turkey, a NATO member repairing frayed ties with Russia, has a sometimes testy relationship with old allies in the West over Turkey’s human rights record and other matters. The overtures to Africa are partly an effort to build Turkey’s international profile as a partner and counter to global powers on a continent with a bitter history of Western colonialism and Cold War-era conflict.

Turkey’s involvement in Africa feeds into the Turkish ruling party’s “self-perception as the protector of Muslims and Muslim minorities around the world,” said Sener Akturk, associate professor in the international relations department at Koc University in Istanbul.

And winning African support dovetails with Erdogan’s argument that the five permanent members of the U.N. Security Council — the United States, Britain, France, China and Russia — “do not represent and do not serve the world” and the U.N. should be reformed, Akturk said.

Shortly before leaving for Tanzania on Sunday, Erdogan said he planned to talk to African leaders about the “intense activities” of the Gulen movement on the continent.

“Sensitivities toward this organization and its intentions are increasing within friendly African countries,” said Erdogan, who ends his trip on Wednesday. “There is no longer the possibility for these bands of murderers to hide, claiming dialogue, service, education and trade.”

On Jan. 9, Erdogan said Gulen’s organization previously had schools in 115 countries, and that Gambia was among six nations that had shut them. Schools in the African countries of Guinea, Somalia, Chad, Senegal, Mauritania, Niger and Gabon have been transferred to Turkish government control, he said.

The schools follow national curricula, serve children through high school and are popular with local elites because of good academic results. They deny any link to the botched military uprising in Turkey in July that led to a purge of alleged loyalists of Gulen, a U.S.-based critic of Erdogan who had expanded his international influence with a message of interfaith harmony.

The schools once had the approval of Erdogan’s government, whose former alliance with Gulen partly derived from joint opposition to the hard-line secular circles that had ruled Turkey. The partnership evolved into an increasingly acrimonious rivalry several years ago.

In Ethiopia, Prime Minister Hailemariam Desalegn said this month that schools linked to Gulen will be transferred to Turkish government control. He said he discussed the matter with Erdogan during a visit by the Turkish president.

“I told him that if there is something wrong with the establishment of the schools, then he should give us a way out how to keep the schools running,” the prime minister said. “They agreed on this and they have set up a foundation.”

In Tanzania, 11 schools in the Feza system inspired by Gulen have a total of 3,000 students, just over half of them Muslim.

Turkish diplomats have tried to “convince government officials to give these schools as a gift to Erdogan during his visit,” Feza director Ibrahim Yunus said in an email to The Associated Press. He dismissed the allegation that the schools are a security threat.

Some parents asked the Feza system to start a university, and the Tanzanian government allocated land 60 kilometers (37 miles) north of Dar es Salaam for the institution, according to Yunus.

Turkey’s crackdown on suspected supporters of Gulen has undermined the plan.

“Unfortunately, because of the purge on businesspeople in Turkey, we are having difficulty in finding donors for that project,” Yunus said.