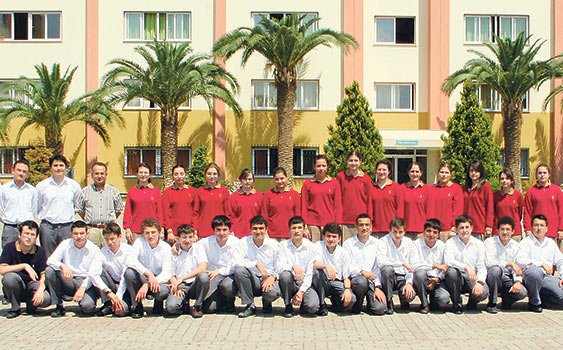 Yamanlar Private School was the proud recipient of 12 gold, 10 silver, and 15 bronze medals in the 65th International Mathematical Olympiad (AMC-10), organized by the American Mathematical Society and the University of Nebraska.

Entering this virtual environment -10th grade Olympiad was a total of 350,000 high-schoolers from a total of 6,000 schools in 86 different countries. Izmir Yamanlar Private College, having entered the competition from Turkey, became a national pride after being awarded a total of 12 gold medals. Students from Russia, Turkey, South Korea, China, America, Canada and Taiwan, all received medals throughout the competition.

Yamanlar Educational Institute President Sebahattin Kasap commented that their students having received a total of 37 medals, was a source of great pride on behalf of the Turkish people. He said, “Taking place in 83 different countries, this Olympiad organized by the American Mathematical Society features the most prestigious schools in the world. I want to congratulate my students on their outstanding success. Our school has been one to bring in the most medals to our country through international science Olympiads. We are representing Turkey in competing with the world.”

İHSAN YILMAZ, Wednesday April 18, 2012 With the democratization of Turkey and the new mentality of the judiciary it has created, prosecutors can now tackle past coup attempts and successful coups, the most recent being the Feb. 28, 1997 coup process. I call it a “process” since the toppling of former Prime Minister Necmettin Erbakan’s […]