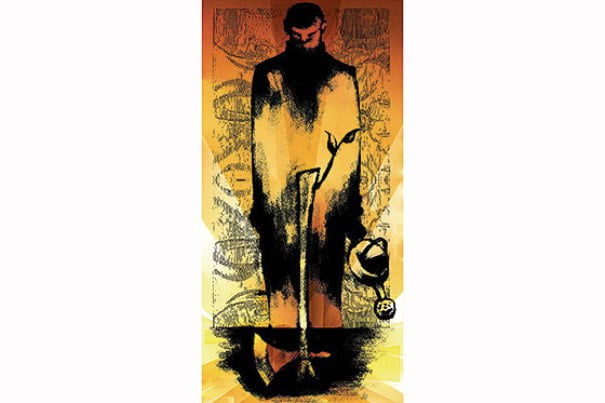 The Kurdish issue is one of the major, complex issues that have dominated Turkish politics for the last two decades. During the bribery and corruption investigations and debates on the closure of exam preparatory schools (dershane) in Turkey, the Hizmet movement has been accused of manipulating these debates to block and slow the talks and negotiations between the government and the Kurdistan Workers’ Party (PKK) and its leader, Abdullah Öcalan.

To support their arguments, some of these journalists claim that the Gezi Park events, dershane debates and the corruption-bribery operation all targeted the government to place it in a fragile position. The aim is to create instability and chaos in order to block the ongoing negotiations. If we say that the Hizmet movement is behind this plot against the talks between the PKK and the government, there is a contradiction with the Hizmet movement’s activity in Eastern Turkey, because of its pro-Kurdish initiatives in various areas. The reaction of Fethullah Gülen and the Hizmet movement to the reform packages from the AKP government is also important, and it is puzzling if they have welcomed the reform packages. To look at the plausibility of these allegations, we should look at what Gülen thinks about the Kurdish issue and what the Hizmet movement’s position is vis-à-vis the Kurds in Turkey.

For Gülen, based on a statement made in October 2011 and an interview with the Rudaw Media Network in June 2013, the Kurdish question is a human issue and is linked with the acceptance of ethnic-cultural diversity. Separating it from violent and terrorist acts, Gülen sees the Kurdish issue as one that relates to fundamental human rights. Gülen urged the government to grant Kurds their natural human rights just as Western nation-states do to their ethnic minorities. He opposes any kind of violence to defend a right or an idea. He is against the ban on speaking and teaching Kurdish. He emphasized and empathized with the rights of Kurds, and he advised society as a whole to feel responsible for the situation and to resolve it positively.
Gülen-inspired initiatives

People inspired by Gülen have begun initiatives in the southern part of Turkey, where most of its Kurdish citizens live, to ameliorate the social, cultural and economic rights of the people in this region by opening learning centers and schools, organizing days where aid is provided and families in the villages are visited. These initiatives and activities strengthen the socioeconomic ability of the Kurds to participate actively in the democratization of Turkey in various areas: education (schools in Eastern Turkey, tutorial centers), health (hospitals and dispensaries), charity (Kimse Yok Mu), media (the Dünya TV channel in the Kurdish language) and discussion forums (Abant Platform) specifically targeting Kurds in Eastern Turkey to strengthen their rights in many respects, reducing the socioeconomic and cultural gap between groups in Turkey. In these various activities, a direct, inclusive and humanistic approach is fostered that opens up a civilian solution to the Kurdish issue, and these activities strive to formulate a human solution through gradual, non-political measures, such as education, charity, media and discussion forums.

In the study centers established by businessmen affiliated with the Hizmet movement in Eastern Turkey, thousands of children attend mathematics and science courses for free. Gülen has also inspired teachers to give voluntary lessons in these reading halls. These educational institutions are not a state apparatus of “ideological propaganda,” and the Hizmet movement aims for better quality education to enrich the local culture. The educational initiatives offer an impetus for the redefinition of Turkish identity and Turkish citizenship to become more multicultural and multi-ethnic. At the grassroots level, the movement is preparing the ground for this mixture and a multi-ethnic, multicultural climate, as seen in the example of Kurdish-language education.

Kurdish-language education is one of the thickest red lines in the Kurdish issue, and the movement announced that it is ready for education in Kurdish in Turkey. The AKP government allowed teaching in Kurdish only in private secondary schools; even though these reform packages seem insufficient to Kurds, the reforms were received favorably by people in the Hizmet movement. Through these educational projects, the Hizmet movement helped to alter the social fabric of Turkish people who consciously or otherwise supported the institutional resistance of state and governmental bodies. Through dialogue and face-to-face encounters, Turkish people have had the chance to experience and feel the grievances of their Kurdish brothers and sisters and listen to their stories.

Despite this positive development, there are many reforms waiting to be made, including on the Kurdish issue. In recent years, this question has been seen as an obstacle to the democratization of Turkey. It is not logical to suggest that the Hizmet movement is a hindrance in the Kurdish issue, particularly given the fact that the movement supports the Kurdish people and has a reformist position on education in native languages and the redefinition of Turkishness and citizenship.

*Erkan Toğuşlu is an instructor at the University of Leuven and works with the Interculturalism, Migration and Minorities Research Centre in Belgium.

It is vital for Washington and Turkey’s other international partners now to use all their influence to press Ankara to reverse course, to safeguards the rights of those caught up in the purge, and to strengthen rather than weaken the independence of the institutions that underpin it, including the courts, media, universities and parliament itself. The people who died defending it deserve nothing less.