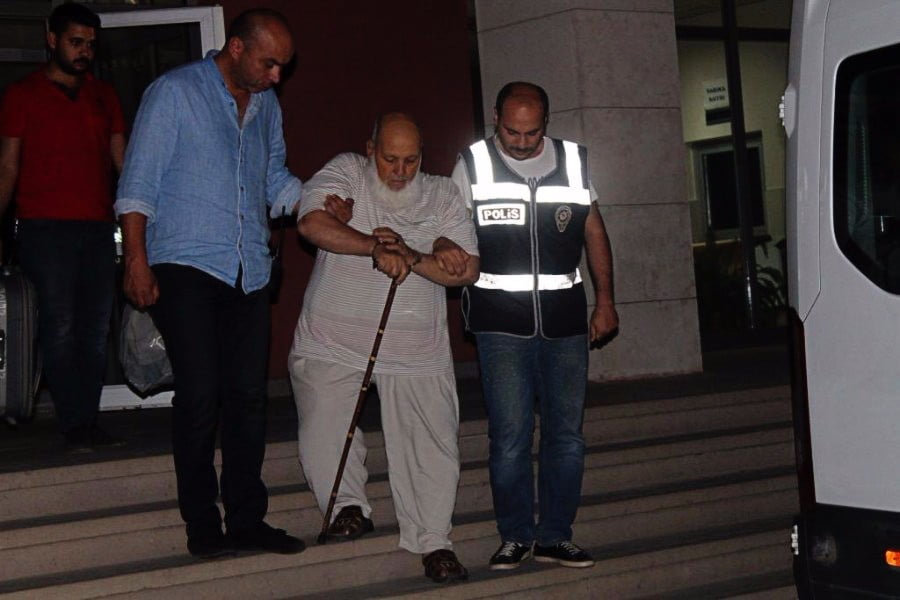 Detained over his alleged ties to the Gulen movement following a police raid at his home in Manisa’s Turgutlu district on Sept 1, 2016, Türk spent over a year behind bars pending trial since then.

During his final hearing, Türk was given 10-year jail time before being released with overseas travel ban.

“My dear father Haci Mustafa Turk, 81, was given 10-year imprisonment on membership to a terrorist organization. In accordance with the CMK104/2 [Criminal Procedure Law], he was ordered to be released with an overseas travel ban,” his son Suleyman Ozturk, a nephrology professor who describes himself as a victim of a government’s post-coup emergency decrees, tweeted on Dec 1.

The government accuses the Gulen movement of masterminding the coup while the latter denies involvement.

Meanwhile 150,000 people have lost their jobs at state institutions, universities, hospitals and even private companies.