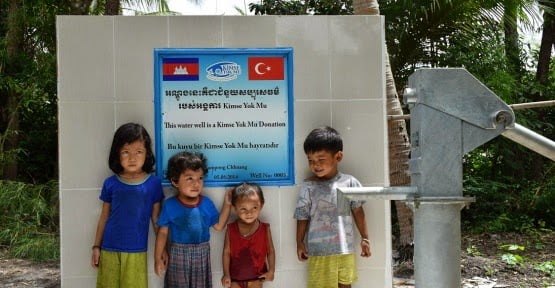 The Cambodian undersecretary to the ministry of rural development Hap Omaly said, “We’ve tested the water and saw that it’s above the Cambodian standards in terms of its purity, arsenic, minerals and various chemical content. On behalf of his ministry, Omaly expressed thanks to the foundation that adopted the motto “Access to clean water is a basic human right,” and established hundreds of them around the world. Omaly referred to the efforts as “promising beginnings for the relations between the two countries.” He went on to say, “We are grateful to you for your interest in our country and the water wells.” 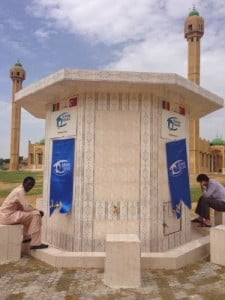 Similarly, Chad’s ministry of religious affairs in a letter to KYM said, “May God save Turkey and its people and let them continue as an exemplary nation.”

As a part of its efforts for Chad, KYM established 286 water wells in the country to date. Moreover, construction of 76 of them is well underway.

“KYM handed over the fountain in Shariqu Mosque to our ministry. About 20 thousand of people have been benefiting form this fountain. We’re grateful to you for all the humanitarian aid you’ve provided,” the letter reads.

Under the slogan “Access to clean water is a basic human right,” KYM has been continuing its water well projects around the world. It’s tackled the water-related problems particularly in the African continent. The project director Vasfi Basak said the foundation has made a total of 1444 water wells available to some three million the locals globally. More are underway in the continent and countries including Pakistan, Palestine, Cambodia and many more, Basak noted.

Published [in Turkish] on Haberler.com