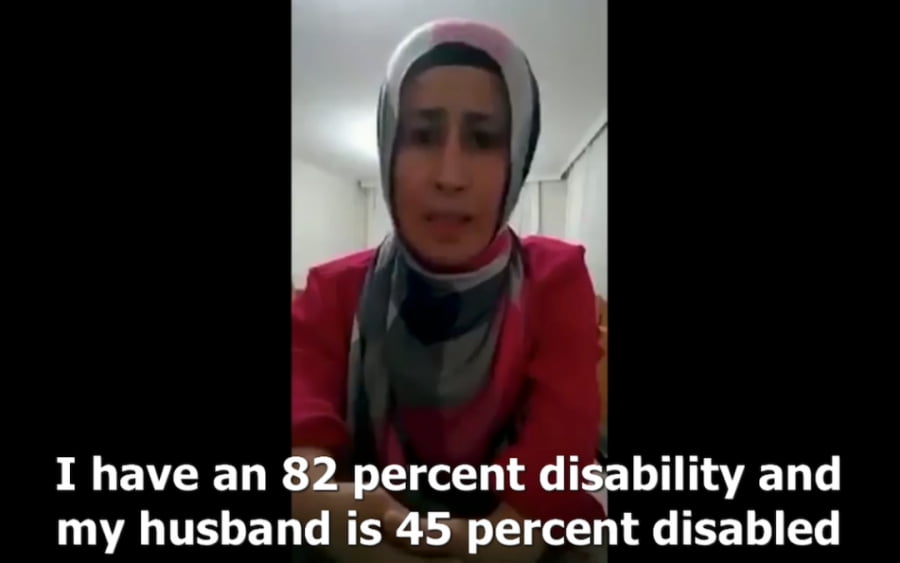 Fatma Koyun, a teacher with an 82 percent physical disability who was dismissed from his job as part of a post-coup investigation, says her husband as well as her brothers have been under arrest for months.

In a video recording of herself that was widely shared on social media, Koyun described the plight they have been undergoing for some time as a family: “Our lives were already hard to manage. Now it has gotten worse. …My husband was detained on May 26 and he was arrest on June 1.”

Turkey survived a violent coup attempt on July 15, 2016 which killed more than 250 people. The government pinned the blame for the takeover attempt on the Gulen movement and has detained more than 130,000 people while arresting some 55,000 over links to the movement since last summer.

Meanwhile some 145,000 have lost their jobs with most of them being removed from service as part of post-coup emergency decrees. Koyun family was among thousands that were sacked within one of those decrees, issued on Sept 1.

The Gulen movement denies involvement in the coup bid.