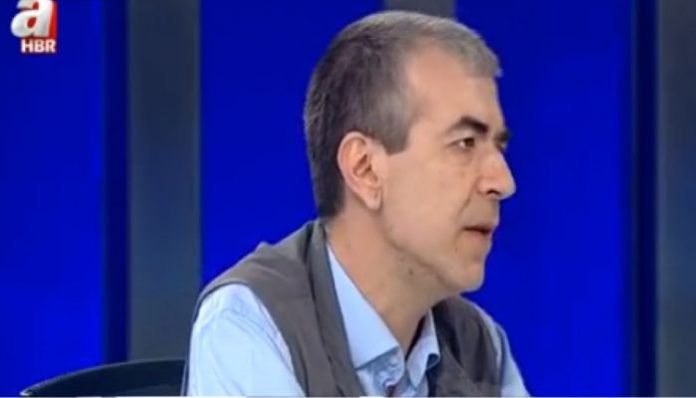 Cemil Barlas, a staunch supporter of President Recep Tayyip Erdoğan and commentator for the pro-government A Haber TV, said during a program on Monday that followers of the Gülen movement, which the government accuses of being behind a failed coup on July 15, must be kept in detention camps and should be given food tickets since the government has seized most of their assets.

Claiming that the government had sacked more than 150.000 people linked to the Gülen movement from state jobs, Barlas said the government must find a solution to the problem of how those people will live since their assets were also seized and no one will employ them because of their links to the movement.

“Almost 150,000 of them have been thrown [out of state jobs]. Now they don’t have any money. There should be a solution to this. For example, they could be given food tickets or locked up in a place [like a detention camp]. In total there will be around 500,000 of them, without a house, without money, and nobody wants to be seen with them. Their lives have been zeroed out,” he said.

Comparing Gülen followers with homeless Syrian refugees living in the streets of İstanbul, Barlas said most of those Syrians have now found work; however, no one will give jobs to Gülen followers.

Turkey survived a military coup attempt on July 15 that killed over 240 people and wounded more than a thousand others. Immediately after the putsch, the government along with President Erdoğan pinned the blame on the Gülen movement.

Despite Turkish Islamic scholar Fethullah Gülen, whose views inspired the movement, and the movement having denied the accusation, Erdoğan — calling the coup attempt “a gift from God” — and the government launched a widespread purge aimed at cleansing sympathizers of the movement from within state institutions, dehumanizing its popular figures and putting them in custody.

About 115,000 people have been purged from state bodies, in excess of 82,000 detained and over 41,000 have been arrested since the coup attempt. Arrestees include journalists, judges, prosecutors, police and military officers, academics, governors and even a comedian.