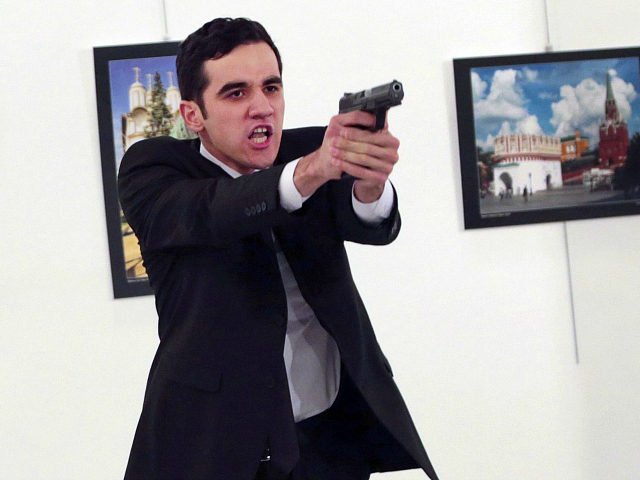 In an interview with Hurriyet Daily News, Altintas’s step-sister Seher made those questions even more disturbing by claiming her brother was radicalized in police school:

My father died when I was little. My mother married again when I was 4 years old. My grandparents raised us because my mother was working.

We as a whole neighborhood went to the mosque in the summer. So I learned to read the Quran but I did not continue. My brother learned to read, too. He went to Friday and tarawih prayers when he was little.

But he started to perform prayer five times a day in police school. He was a hardworking student. He had no dream of becoming a police officer. We made this decision as a family. He took an exam for the police school. We wanted this job for him because it was a guarantee and it was cheaper than other schools.

Seher also disputed stories that Altintas studied at a private school run by followers of exiled cleric Fethullah Gulen, who has been blamed by the Turkish government for masterminding the failed coup against President Recep Tayyip Erdogan in July.

She said she herself studied at the school in question, but “there was no FETO in those days.”

FETO is the Turkish government’s name for the Gulenist movement. The Turkish police said they found literature from both Gulen and al-Qaeda in Altintas’s home. Turkey’s President Recep Tayyip Erdogan has claimed Altintas was a Gulenist.

“My brother was going to swim until he started police school. I know he was drinking alcohol. We never forced him to read the Quran or perform prayers. We are not that kind of family,” Seher said.

“He always said he would advance and he would be superior. He was brainwashed and kept away from us. Some people are saying that we raised him that way, but we did not. He didn’t wear a suit and he does not know Arabic,” she added.

She also referred to an individual identified only by the initial “S,” who was apparently a very close friend Altintas met during police school. She implied “S” might have radicalized Altintas, or put him in touch with people who did, and that the two of them might have tried to assassinate President Erdogan if they had secured positions on his bodyguard detail.

Seher was among the relatives and friends of Mert Altintas taken into custody and questioned by Turkish police after Karlov’s murder. Hurriyet reports the relatives were released after two days of questioning on the instructions of a prosecutor.

More hard information about Altintas may be on the way, as Russian investigators have reportedly succeeded in unlocking his iPhone. The Washington Times quotes Russia’s Pravda complaining that Apple was “unwilling to render assistance” to Turkish authorities to crack the phone, but Russian technicians were able to do it. In fact, it appears the Russian team couldn’t completely unlock the phone but were able to retrieve some data from it.

Deniz Baykal, the former leader of the Republican People’s Party (CHP), has expressed his support and appreciation for the first joint mosque-cemevi project.“I see this progress as a starting point for the cemevi [Alevi house of worship] to become officially recognized by the state,” Baykal said to the press in İzmir. He explained that the […]