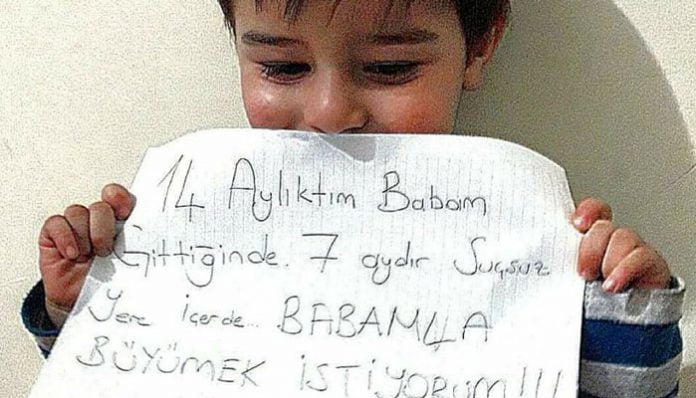 “I was 14 months old when my father was gone. He has been unfairly behind bars. I WANT TO GROW UP WITH MY FATHER!!!”

In pictures shared by a Twitter account under the pseudonym of @magdurmesajlari, children of victims of the government crackdown in Turkey are holding messages describing their longing for their fathers.

“I was 14 months old when my father was taken. He has been unfairly behind bars. I WANT TO GROW UP WITH MY FATHER!!!” a boy’s message read.

While the details about the charges leveled against his father are yet to be known, the boy is likely to be among thousands of other children whose parents have been arrested on trumped-up accusations.

The child is not first to come up with such a powerful message as other children also posed with similar texts. 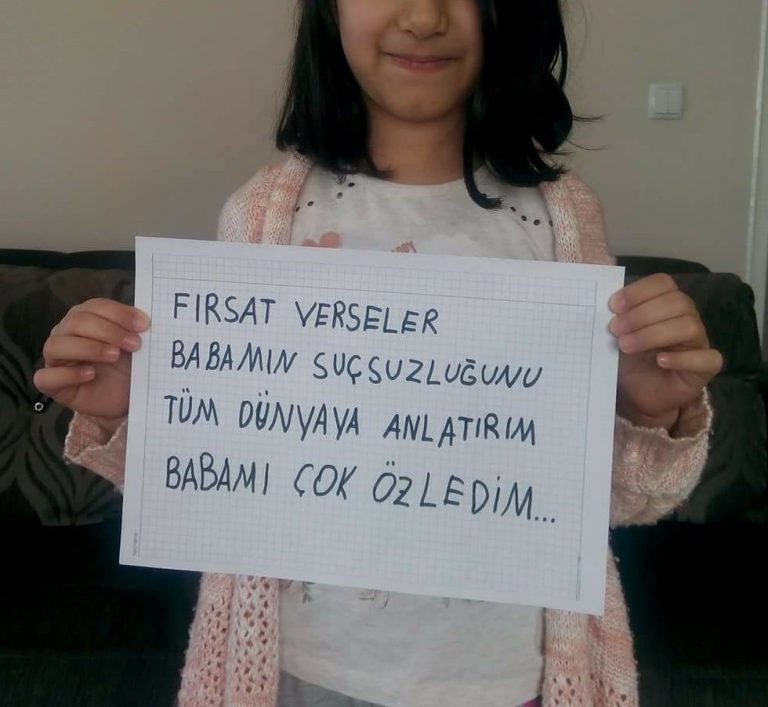 If I was given a chance, I would explain to world that he is not guilty. I miss my dad so much… 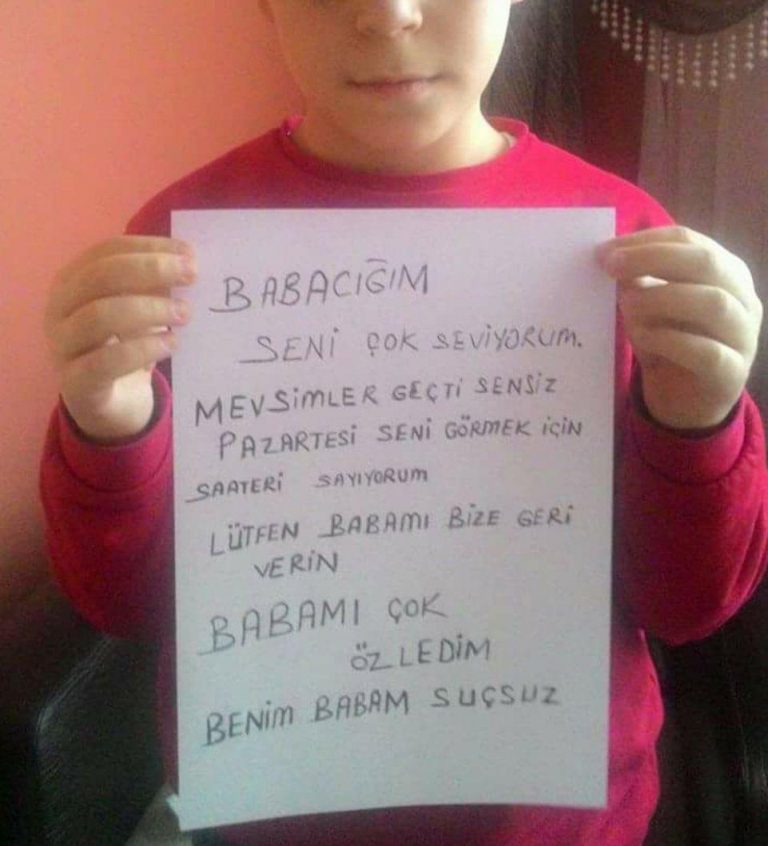 Dear dad. I love you so much. Seasons passed without you. I am counting days to meet you on Monday. Please give my dad back. I missed him so much. He is innocent. 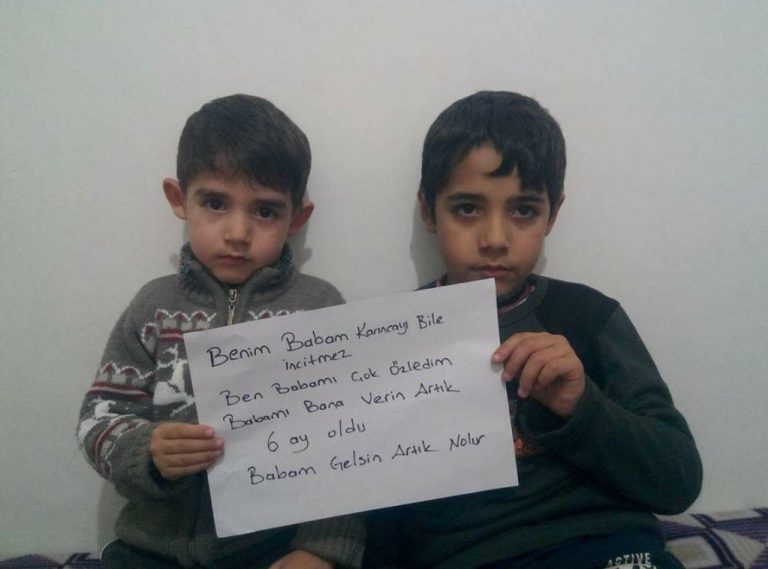 My father wouldn’t hurt a fly. I miss him so much. Enough is enough, give us my father. It’s been 6 months. Please may he come back.