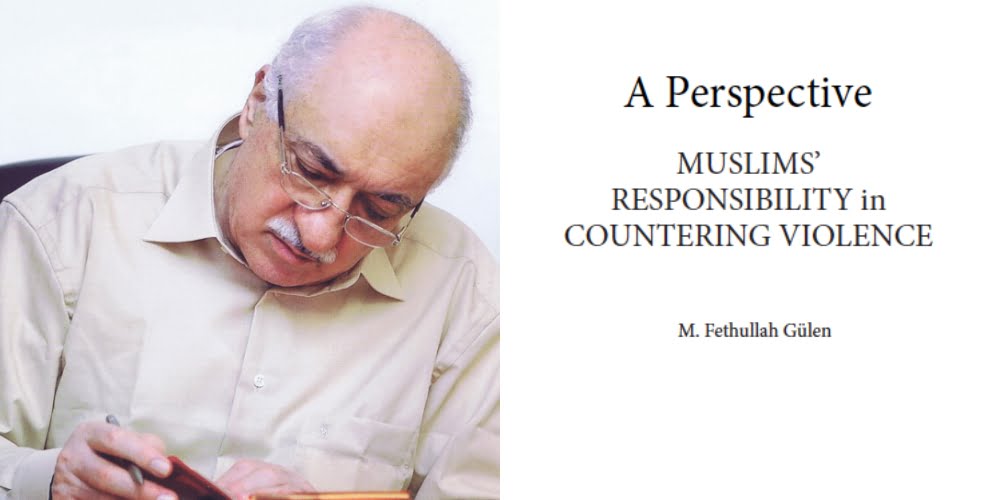 Published by Gulen Chair at Leuven University in Belgium, this new book is a selection of some of Fethullah Gülen’s essays on violence, just war, terrorism and Muslims’ responsibility.

As tragic and violent events have occurred in different parts of the world, questions about jihad and Muslim terrorists have arisen and persist at the heart of the public debate on Muslims and Islam. In everyday and academic discourse it is now almost impossible to ignore the preoccupation with different religious facets of conflict in various parts of the globe. Yet it is also clear that there is confusion on the substance of jihad, radicalization, extremism, and terrorism, about their scope, their relations and their implications. In this environment there is a need to rethink the meaning of jihad and violence. This work therefore aims to clarify the terminological confusion on violence, terror, and jihad through critical examination. This is an attempt to extract a heuristic analysis from Fethullah Gülen’s writings and speech. It is significant to examine his works because of his consistent stance against the use of violence with religious justification and his experience of living peacefully through a period of history in Turkey in which the use of violence for political ends was all too common.

Professor Khan considers Gulen more of a scholar than a sufi but like a sufi his compassion encompasses everyone. He does not have prejudice against anybody. He also asserts that Gulen never permits the political exploitation of Islam. Maimul Ahsan Khan, professor of Islamic Law, expounds Fethullah Gulen whom he got to know through a book in […]

In the aftermath of the 9/11 attacks, a huge number of books and articles have been published investigating the link between some certain interpretations of Islam and the terrorist attacks.