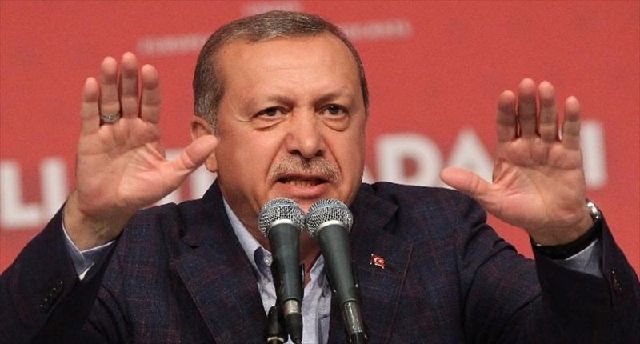 Multi-agency investigations launched after the failed coup in Turkey could not find any criminal activity in the affairs of allegedly Fethullah Gulen-linked organisations in Pakistan. Parallel probes into Pak-Turk Schools & Colleges, the Kimse Yok Mu humanitarian organisation and Pak-Turk Business Council found no irregularities.

Yet the visa renewal applications of more than 108 Turkish teachers, serving in 28 schools across the country, have been piling up since July. Islamabad had initially refused to grant visas to new Turkish teachers – allegedly bowing to pressure from the Erdogan government, which accuses Gulen of instigating the July 14 attempted coup.

In Pakistan, where more than 27 million children remain out of school, every teacher and educational institution matters. The Turkish non-governmental schools in question are ranked among the best in terms of in infrastructure, as well as quality of education and character-building. The reportedly Gulen-linked foundation not only offers educational services in Pakistan but also offers more than 10,000 merit scholarships.

Just one day before Erdogan’s state visit to Pakistan, which begins on Wednesday, Turkey’s interior ministry informed their citizens in Pakistan their visa renewal appeals had been declined – and set a November 20 deadline for leaving Pakistan.

Teachers’ family members and children included, the number of likely deportees has now increased to up to 450, all of whom must pack up their lives and return to Turkey in the next few days.

Over the past two months, Nawaz Sharif’s government has been playing a double-game. While it assured President Erdogan of full cooperation against Gulen-linked institutions, it was also lying to the Turkish teachers employed in 28 schools.

The Pak-Turk Educational Foundation, now run by an entirely Pakistani board of directors, responded by highlighting the unreasonable deadline for relocating staff, many of whom have babies or school-age children. The NGO has called on the legal authorities to delay the order, but the courts have yet to help. The reportedly Gulen-linked foundation not only offers educational services in Pakistan but also offers more than 10,000 merit scholarships.

It seems that Ankara’s AKP government has not stopped at closing Pakistan’s door to Turkish teachers, but also wants to take their schools, using a ministry-funded organisation, the Maarif Foundation.

The schools are registered under Pakistani law and the Turkish government cannot take over such an entity. But more arm-twisting is likely if Islamabad and the foundation’s Board of Directors refuse to give in any further.

So far, the schools have been functioning undeterred, without any sign of administrative or financial crises.

In Pakistan, where more than 27 million children remain out of school, every teacher and educational institution matters.

The Turkish non-governmental schools in question are ranked among the best in terms of in infrastructure, as well as quality of education and character-building.

More than 30,000 school buildings in Pakistan are too dangerous for use, posing a threat to the well-being of children. In addition, 21,000 schools have no permanent building whatsoever. Since 1996, the Turkish non-governmental educational institutions have been expanding at a slow but steady pace, with the cooperation of philanthropists in both Turkey and Pakistan.

The Turkish non-governmental schools are ranked among the best in terms of in infrastructure, as well as quality of education

Before exploring the implications for Pakistan and Turkey of ousting teachers and shuttering a potentially Gulen-affiliated institution, it is imperative to briefly revisit history.

Relations between Pakistan and Turkey are older than the birth of the largest and most populous Muslim country in 1947. After the collapse of the Mughal Empire and occupation of the United Kingdom, the struggling Muslim population of the subcontinent pinned their hopes on the Sultans in Istanbul.

The largest minority in the subcontinent found some solace when Ottoman Turkey joined the First World War against the British and their allies. Rebellious tribesmen from the northwest of today’s Pakistan, and a sizeable number of Muslim troops in the British military embarked on an arduous journey to reach Turkish-controlled territories.

Many died fighting alongside the Ottomans while some of the surviving ones, dubbed ghazi, refused to return to British-occupied India. Legend has it that many settled in Arabic-speaking areas of today’s Turkey – Gaziantep being one of them.

Realising the Ottoman Turkey was under threat, Muslims of the subcontinent, under the banner of the All India Muslim League, raised funds to help the caliphate finance the war. By the time the contributions reached Istanbul; Mustafa Kemal Ataturk had seized the caliphate, transforming it into the secular nation-state often referred to as modern Turkey.

Ataturk, as Mustafa was titled then, founded a bank named İş Bankası; outside its headquarters a plaque still reminds passersby of the sacrifice made over 90 years ago.

With the creation of Pakistan emerged the dispute over Jammu and Kashmir. Turkey stood by the Kashmiris’ right to plebiscite and refused to accept India’s military occupation in 1948. In international fora, Pakistan and Turkey pursued near-identical policies, except that Ankara recognised Israel while Islamabad still has not.

Both were aligned with the US-led bloc during the Cold War. Turkey fully supported Pakistan in the 1965 and 1971 wars, while Islamabad backed Ankara in the Cyprus war.

It remains one of the few nations that recognises Turkish Cyprus and hosts its representative office in Islamabad. The next crucial phase of the relationship came after the US imposed sanctions on Pakistan when it responded to India’s nuclear test in kind.

Thanks to secret Turkish technical support, Pakistan Air Force F-16s could stay airborne in the face of Indian posturing on its eastern front.

Fethullah Gulen is believed to be nearly single-handedly responsible for giving impetus to much people-to-people relation building between Turkey and Pakistan, as he initiated the opening of Turkish schools in Central Asian states after the breakup of Soviet Union.

From Libya to Syria and Palestine to Pakistan, the Turkish president is being seen as a self-preserving politician.

Tayyip Erdogan was mayor of Istanbul when Gulen schools were functioning in main cities of Pakistan. While the management remained with the Turkish teachers, Pakistani educationalists teamed up to establish the country’s top-ranking schools, enjoying distinction at home and abroad.

The break-up between Erdogan and Gulen – signaled by a raid on December 17 2013 – sent a ripple effect across Turkey and Turkish communities around the world.

Gradually, Pakistan was pressed to monitor activities of the Gulen-linked institutions. Shahbaz Sharif, Chief Minister of Punjab province and brother of Prime Minister Nawaz Sharif, became less keen on donating a large piece of land to the foundation for setting up an international varsity, which was to be similar to Fatih University in Istanbul.

Throughout the troubled period – from the December 2013 raid to the present – Islamabad has been unable to find a single irregularity or criminal offence in the operations of the Turkish NGOs. Until recently, top government dignitaries and ministers had been frequent visitors to the schools.

If the Islamabad High Court doesn’t repeal the official notification of staff expulsion, despite fear of persecution in Turkey, Erdogan’s ego will succeed in scarring the once-prized relationship.

From Libya to Syria and Palestine to Pakistan, the Turkish president is being seen as a self-preserving politician, rather than a selfless leader. Though Pakistan-Turkey state-to-state relations in diplomatic, economic and defence spheres will remain intact, the people-to-people contacts will never be the same again.

Naveed Ahmad is a Doha-based investigative journalist and academic with special focus on diplomacy, security and energy issues. Follow him on Twitter: @naveed360

Opinions expressed in this article remain those of the author and do not necessarily represent those of The New Arab, its editorial board or staff.

İsmail Sezgin, a London-based Turkish academic has tweeted on Tuesday that he will run a total of 10,000 meters in support of the families hit by an ongoing purge by the Turkish government. Releasing a statement on moneygiving.com, Sezgin said that he aims at raising a fund of 10 thousand pounds to help purge-victim families in Turkey.