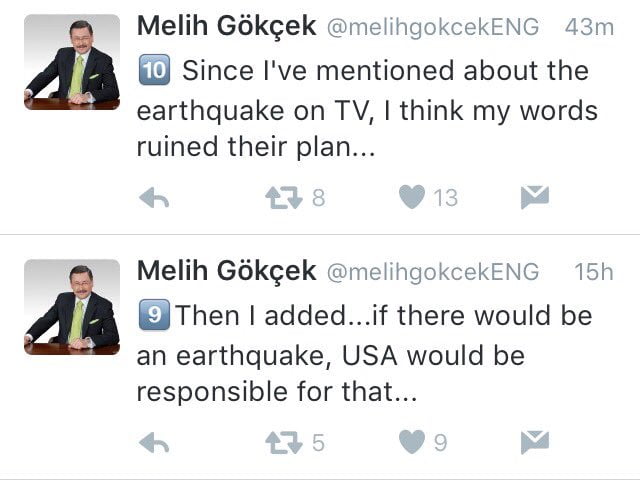 ANKARA, Turkey — American reporters got an intriguing glimpse into the political mind-set in Turkey last week, when the mayor of Ankara lured a group of us with promises of an interview with President Recep Tayyip Erdogan.

When it became clear that that was never part of the plan, interviews were arranged at the last minute with several senior officials, who tried hard to present Turkey’s version of events to the world — and seemed flummoxed about why that message hasn’t been making an impact and why misleading a group of reporters might not be the best way to improve things.

There was near-disbelief that Western governments and the news media would interpret Mr. Erdogan’s constitutional referendum in April seeking greater powers as anything other than a necessary response to a traumatic assault on democracy from a failed coup last July.

A faction of the Turkish military used tanks, fighter jets and helicopter gunships to attack government buildings in Ankara, the capital, including the Turkish Parliament and presidential palace, killing scores of people and injuring thousands.

The government’s expanded powers after the failed coup have included mass arrests and a wide-ranging purge of academia, the news media and civil society.

Turkish leaders said they were astonished that they had so far been unsuccessful in persuading the United States Justice Department to even ask a federal judge to extradite Fethullah Gulen, a Turkish cleric living in Pennsylvania whom the Turkish government blames for plotting the coup.

The attempt by the mayor, Ibrahim Melih Gokcek, to reduce the yawning gap between Turkey and its Western allies by luring journalists to Ankara only seemed to widen it.

It didn’t help that Mr. Gokcek delivered a blistering anti-Semitic and anti-American harangue about the trauma of the coup attempt and Western prejudice against Turkey. (He also accused the United States and Israel of causing Turkey’s most devastating earthquakes.)

In the end, the trip was not a total waste of time. At the last minute, interviews were arranged with Prime Minister Binali Yildirim, Deputy Prime Minister Mehmet Simsek, Justice Minister Bekir Bozdag and Ibrahim Kalin, a top assistant to Mr. Erdogan. Nearly all the officials said they had only just heard about the interview requests (Mr. Gokcek’s staff had insisted for weeks that the interviews had long been confirmed).

Officials pointed to France’s imposition of a state of emergency after the Paris terrorist attacks in 2015 as a response that Europeans seem to accept, in contrast to criticism of Turkey’s response to the coup attempt. Yet France has not arrested tens of thousands of people or purged 100,000 from its civil service.

Regarding the failed coup, the government said it had provided the United States with extensive proof against Mr. Gulen, who has denied involvement. But Turkish officials refused in several interviews to publicize a single piece of that evidence.

“According to us, the evidence we submitted to the United States shows that it’s crystal clear that Fethullah Gulen is behind that coup attempt,” said Mr. Bozdag, the justice minister, who submitted the evidence to Washington.

That anyone, especially a longtime ally, would doubt such a claim has struck Turks as astonishing, Mr. Bozdag said.

And then there was Mr. Gokcek, who said that he believed that the Islamic State was created by the United States. As proof, he offered President Trump’s assertion that former President Barack Obama had founded the group as well as the observation that the Islamic State had never attacked Israel, which it would have done, he said, if it were truly an Islamic organization.

We left Ankara and Istanbul having never seen Mr. Erdogan. The day after we landed back in Washington, some of us received an emailed invitation to join another media delegation to Turkey in April to interview him.