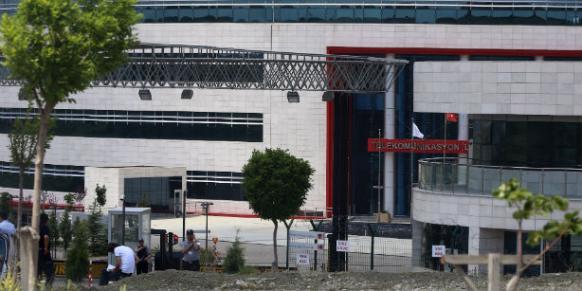 An anonymous whistleblower from the Prime Ministry sent an email to media outlets on Saturday claiming that a special team had been established at the Prime Ministry and that it had created a list of individuals whose phones were allegedly wiretapped by members of the so-called “parallel state” who had apparently infiltrated the Telecommunications Directorate (TİB), the agency responsible for carrying out legal wiretaps.

According to the anonymous informant, this team produced the list and sent it to TİB in order to bring the Hizmet movement under suspicion for having infiltrated TİB and conducting illegal wiretaps.

“Parallel state” or “parallel structure” is a phrase often used by the Justice and Development Party (AK Party) government and its supporters to refer to the Hizmet movement inspired by Turkish Islamic scholar Fethullah Gülen.

The whistleblower’s email included the names and phone numbers of the individuals who were put on the list. According to the letter, this special team was established at the Prime Ministry late last year to conduct psychological warfare, including producing disinformation and false evidence to implicate the Hizmet movement in criminal activity. The goal of the team, managed by one of Prime Minister Recep Tayyip Erdoğan’s advisors, Mustafa Varank, is allegedly to make all segments of society, political parties, the judiciary, the Turkish Armed Forces (TSK), the Religious Affairs Directorate, media and the art world believe that Hizmet is their enemy, the email says.

The whistleblower, who noted that he is a member of this psychological warfare team, also said in the letter: “… this team was tasked with developing arguments to defend our prime minister, create the impression among the public that the prime minister is being victimized, label the parallel state structure an illegal organization and ensure that its members are brought to trial. When we could not come up with any legitimate evidence [to brand the Hizmet movement an illegal structure] despite six months of effort, we began to get significant pressure to produce false evidence. We were making others experience what we had experienced during the Feb. 28 period [referring to the period following a military coup in 1997 when pious people were oppressed and their rights violated]. I decided to write this letter because I was offended by those who commissioned me; they did not keep their promises and we were made to commit a crime by producing false evidence.”

Since an extensive graft probe was made public on Dec. 17, 2013 that extended to the top levels of government, pro-government newspapers have been running stories in which they accuse the Hizmet movement of making illegal wiretaps without providing any concrete evidence. The government accuses the Hizmet movement of being behind the corruption probe and has expanded its attack on the movement, publicly waging a battle against it since December.

Last Wednesday, the pro-government Yeni Şafak daily in its top story claimed that elements of the so-called “parallel state” working inside TİB had wiretapped the phones of some prominent individuals. The daily said inspections conducted at TİB found that the “parallel state” had recorded conversations from the phones of 64 people, including politicians, journalists, governors and members of the judiciary and the police, between 2008 and 2010.

The late Prime Minister Necmettin Erbakan, journalists Abdülkadir Selvi and Ertuğrul Özkök and businesswoman Arzuhan Doğan Yalçındağ were among those whose phones were wiretapped based on unfounded accusations, according to the daily. Yeni Şafak said these individuals were apparently wiretapped with authorizations based on fake names and accusations for offenses such as participating in terrorism, drug trafficking or organized crime. However, the daily did not publish any information about the court decisions on which the wiretaps were allegedly based.

Yeni Şafak’s story confirmed another letter sent by an anonymous whistleblower at TİB to media outlets in April.

That email claimed the agency had tampered with its system logs to fabricate evidence that the “parallel state” had listened in on around 2,000 people. The message said the electronic serial numbers (ESN) of these people were entered into the system on the instructions of TİB President Cemalettin Çelik and then erased — all to make it look as though the Hizmet movement had spied on citizens and then covered its tracks. The institution was then to share the “recovered” information with newspapers.

The prime minister became furious when the team was unable to find evidence to prove claims that the Hizmet movement illegally wiretapped people, said the writer of the e-mail.

“I yelled at the rallies [accusations of illegal wiretaps] and you still couldn’t find any evidence!?” Prime Minister Erdoğan allegedly said to the members of the special team.

In the letter, the whistleblower also said the psychological warfare team at the Prime Ministry produced false evidence to accuse members of the Hizmet movement of spying and to create the impression that the recorded conversations of the individuals on the list were provided to foreign countries.

The informant said that with the assistance of the TİB president, the team had news reports published by pro-government outlets suggesting that the “parallel structure” had transferred confidential information to other countries via the satellite dishes on TİB’s roof. However, it turned out that the only thing on TİB’s roof is a device called RadioLink and that it belongs to Turkish telephone supplier and operator Türk Telekom. This device is unable to transfer data over a distance of over 10 kilometers.

The latest whistleblower also attached the list of individuals who were allegedly wiretapped to the e-mail and said the names were carefully selected to make everyone, particularly those who support the movement or do not openly speak against it, an enemy of the Hizmet movement.

Prime Minister Erdoğan’s son Bilal is at the top of the list to strengthen the impression that the Dec. 17 and Dec. 25 graft probes were coup attempts aimed at toppling Erdoğan’s government.

There are also figures from the main opposition Republican People’s Party (CHP) on the list such as deputies Deniz Baykal, İsa Gök, Muharrem İnce, Mustafa Sarıgül, Faruk Loğoğlu and Gürsel Tekin who, though indirectly, support the movement in their statements against the government. The name of CHP leader Kemal Kılıçdaroğlu’s wife was also included to make the main opposition leader think that Hizmet had even violated the privacy of his wife.

The informant also said leading figures from the Nationalist Movement Party (MHP) such as Deputy Parliament Speaker Meral Akşener and deputies Oktay Vural and Koray Aydın, who have harshly criticized the government, were added to the list. Akşener’s name was added particularly because of the prospect of her running for the presidency in August’s presidential elections.

Some AK Party officials, such as Customs and Trade Minister Hayati Yazıcı, who have not made accusatory statements about the Hizmet movement, were also allegedly included so that they would develop hostile feelings about the movement.

Furthermore, according to the whistleblower’s letter, the list also includes the names of some military commanders in order to foment hostility for Hizmet within the TSK and to use the alleged wiretaps as grounds to expel military officers who are suspected of having links with the “parallel structure” at the August meeting of the Supreme Military Board (YAŞ).

Due to Constitutional Court President Haşim Kılıç and other court members not taking sides with the government and speaking out against the Hizmet movement, their names were also added to the list to encourage them to also develop enmity for the movement.

In addition, former members of the Hizmet movement, such as Kemalettin Özdemir, were included on the list to create the impression among Hizmet’s followers that the “parallel state” is even wiretapping the phones of those affiliated with the movement.

The whistleblower said this list will be published by a pro-government newspaper soon and that the names will be more or less what had been mentioned in the letter.