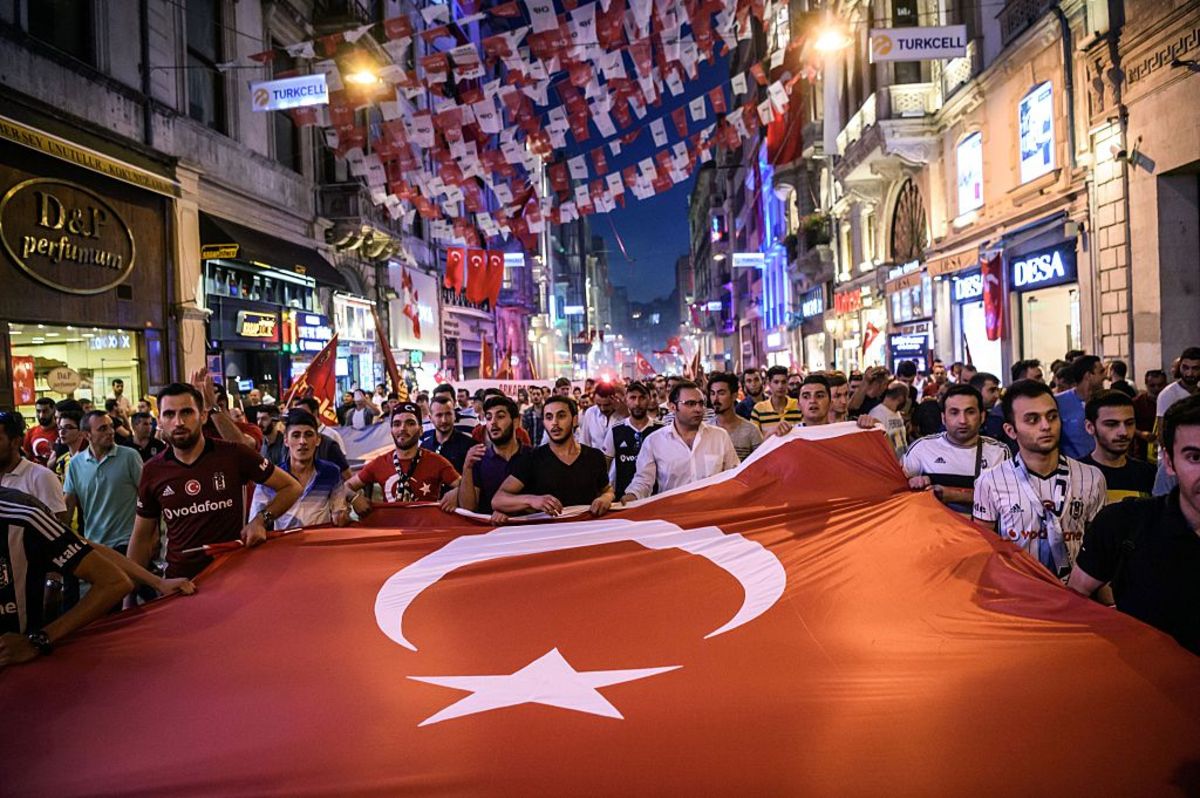 This is the frank assessment of both the U.S. general in charge of the Middle East and South Asia, Joseph Votel, and Director of National Intelligence James Clapper.

Neither man sugarcoated their words Thursday at the Aspen Security Forum.

“It’s affected all segments of the national security apparatus in Turkey,” Clapper said. “Many of our interlocutors have been purged or arrested. There is no question this is going to set back our cooperation with the Turks.”

Votel said he was “concerned about the longer term impact” of President Recep Tayyip Erdogan’s post-coup purges and arrests, though he said the U.S. had ways to manage it. He also acknowledged that some of the Turkish officers who have been arrested worked closely with the U.S. on the fight against the Islamic State. “I think some of them are in jail,” he said.

The U.S.-Turkish relationship today is particularly important in the fight against Jihadists. Last year, Erdogan’s government allowed American training at Turkish bases and the U.S. and its allies to fly bombing runs into Syria out of the Incirlik air base. Incirlik is particularly important for U.S. interests because many of the military’s drones, sensors and other intelligence and surveillance platforms used in the Middle East are based there.

Over the last 18 months, Erdogan has also done much more to cooperate with the U.S. on the flow of foreign fighters into Syria through Turkish territory. Jeh Johnson, the U.S. secretary for homeland security singled out the Turks for special praise on this front Wednesday evening at the Aspen forum.

But since the coup, there has been tension. “Obviously, we are very dependent on Turkey for basing of our resources,” Votel said. “I am concerned it will impact the level of cooperation and collaboration that we have with Turkey.”

Erdogan has arrested the Turkish general in charge of Incirlik for his role in the aborted coup this month. Following the failed coup, the power for the base was cut. Full U.S. operations there only restarted this week.

Meanwhile, the U.S. is still trying to restore its operations at the Diyarbakir base on the Syrian border, where the U.S. runs personnel recovery missions.

Some of the tensions following the coup surround Fethullah Gulen, a Turkish cleric who has lived in the U.S. since 1999. Erdogan says Gulen’s followers in the middle ranks of the military are responsible for the coup. The government has fired thousands of teachers, military officers and other civil servants accused of being members of Gulen’s shadow network. Erdogan has also demanded the U.S. extradite Gulen, who holds a U.S. green card.

The Obama administration has not acceded to Erdogan’s demands, saying they would need to see the Turkish government’s evidence before sending Gulen back to Turkey. Meanwhile, some in the Turkish press have also accused the U.S. of playing a role in the coup, specifically saying that a retired general, John Campbell helped toorchestrate it.

Robert Amsterdam, an international lawyer who has been hired by the Turkish government, told me Thursday that he disagreed with the assessments of Votel and Clapper. “Our information is that a lot of key folks remain,” he said, referring to senior Turkish military officers who have worked closely with the U.S. government.

James Jeffrey, a former U.S. ambassador to Turkey and a fellow today at the Washington Institute for Near East Policy, agreed with Amsterdam. “I have not heard of significant purges of the Turkish intelligence agency or of the foreign ministry,” Jeffrey told me. He added that the purges following the coup so far had not affected those at the highest levels of the Turkish military, most of whom were exonerated and are now back on the job.

“At such a delicate time in Turkish-American relations we need to be very careful about what we say publicly about the relationship,” Jeffrey warned. “After all, the senior military and civilian leadership in Turkey in many cases feel they were about to be killed in this coup.

This column does not necessarily reflect the opinion of the editorial board or Bloomberg LP and its owners.