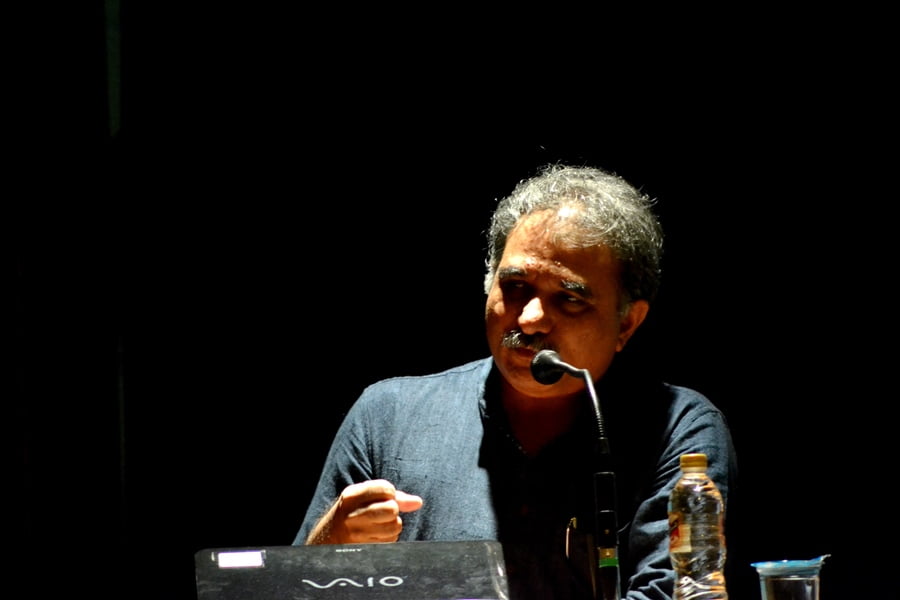 There were two developments in Istanbul last week confirming the “Islamicist direction” towards which Turkey is fast sliding under President Recep Tayyip Erdogan. The first was World Muslim Minorities Summit organised by Diyanet (Presidency of Religious Affairs) on April 17-20, 2018, the first of its kind in the history of modern Republican Turkey. President Erdogan used the event to secure two political objectives: (a) to emerge as political leader of global Muslim community as evident from the Summit motto, “the believers are but a single brotherhood”. The motto undercuts the territorial basis of nation state and asserts the “ummatic” unity of Muslim community, thereby transgressing the political loyalty to country to global imagined Muslim community under a singular leadership as symbolised by Caliph in the Islamic past.

Erdogan believes that as Arab world is in total disarray and with Turkey’s Ottoman legacy along with its political stability, Turkey can emerge as the leading voice of the global Muslim community; (b) Erdogan, characteristic to his rogue political behaviour, delivered anti-West speech with a view to blaming the West for “de-development of Muslim community” and to conjure up imagery that he can protect the interest of global Muslim community, particularly those “vulnerable Muslim minority community” living under non-Muslim majoritarian context. Such summit of Muslim minorities is at best sham if one simply contrasts with brutalities of the Erdogan regime on Turkey’s own Muslim ethnic minority — Kurds and Alawites. Moreover, it dangerously undermines the rights of Muslim minority community to negotiate within their own nation sate within the framework of Constitution and international law to secure their dignified life by looking up the Muslim leaders outside their country.

Close on the heels of the World Muslim Minorities Summit, Erdogan, in a surprise move, called for snap Presidential election on June 24, 2018, preponed one-and-half- year earlier than its schedule date in December 2019. This is in violation of his repeated statement in post-2016 Constitutional referendum, which approved the shift from parliamentary to executive presidency of governance and to be implemented from December 2019 following the election of executive president and Parliament. However, the results of the last referendum — when Erdogan barely managed to get just 51 per cent votes, necessary to bring Constitutional changes, despite all political machinations at his hand, including holding election under continuous State of Emergency — and the deteriorating economic situation since 2016 has frightened him most. And that is why he is desperate to prepone the election. While the snap election caught the Opposition unprepared without any effective common Opposition candidate to challenge Erdogan, so fearful was Erdogan with the prospects of Abdullah Gül, one of the founders of the AKP and former Prime Minister and former President, that he dispatched Chief of Army Staff and his Political Adviser to persuade Gül not to contest election, which Gül finally conceded on the ground of lack of consensus among Opposition parties!

Given the current political scenario where Turkey has totally slided under the syndrome of “one man rule” and the fact that Erdogan remained a first choice for majority of “black Turks”, his electoral victory with parliamentary majority is assured. All Islamicist measures that Erdogan intensified post-2016 failed military coup, including foray into Syrian territory, increasing the budget and power of Presidency of Religious Affairs, allowing hijab-clad women to seek employment in core sector and traditionally Kemalist fold of state: Judiciary, police, intelligence and army, and convening World Muslim Minorities Summit  combined with anti-Israel and anti-West rhetoric — all intended to promote Erdogan as leader of Muslim world. To be a leader of Muslim world necessarily demands anti-West posturing, as the majority of Muslim community are most gullible to “anti-West conspiracy theories”, which are spun off on almost daily basis by the Islamicist Muslim political leaders.

As Erdogan steps into executive presidency following the “controlled” election on June 24, 2016, with Caliphate ambition, the forces of radicalisation and terrorism in the region and also in the Muslim world are likely to find a new lease of life under the shadow of Erdoganism. With the decline of ISIS, al-Qaeda and other brand of Islamicist terrorist politics, the radicalised Islamicist forces began to look towards Erdogan and the Qatari Emir. Apart from the wide public perception that Erdogan has stashed most of his illegal money in Qatar, the duo has been at the forefront in forging linkages with the Islamicist terrorist forces within and outside the region, partly to challenge the “hegemonic Islamic leadership” of the Saudi Arabia in the Muslim world, partly to fill the “perceived Islamic vacuum” arising out of Muhammad bin Salman’s modernising reforms, partly to remain relevant in the “West Asian” politics and partly to acquire the “new strategic attention” from the West. It may be noted here that the West remained centred in “West Asia” on the issue of terrorism for a reason that, unlike Taliban and other form of terrorism in South Asia and elsewhere whom the West continue to treat as “peripheral terrorism”, the ISIS, al-Qaeda or other West Asian-centred terrorist groups pose a direct threat to the stability of West, particularly Europe.

India needs to be cautious in dealing with Turkey and Qatar. Jamia Millia Islamia’s decision to confer honorary degree on President Erdogan, an autocratic ruler, is a backward step in the field of diplomacy. It would help in legitimising Erdogan’s Islamicist politics among Indian Muslims, the third largest Sunni Muslim population in the world, which in turn would contribute and strengthen the process of radicalisation prevalent among a section of the Muslim youth. At a time when there is a pervasive fear, real or perceived, among a good section of Indian Muslim community, Erdogan-Qatari politics of Islamicist pan-Islamism may provide a “false hope” to these Muslim youths and help in generating anti-Indian feeling among them. It is no secret that a good section of Muslim intelligentsia, often influenced by Jammat-e-Islami discourse of Islam, despise the leadership of Prime Minister Narendra Modi and hail the Islamicist-authoritarian leadership of Erdogan.

In his hatred to the Gulen movement and to wipe out this movement, one of the most progressive educational Islamic movements that Muslim world has witnessed, the Erdogan regime has reached out to all kinds of political Islamicists throughout the Muslim world. It is in this context that recent World Muslim Minorities Summit in Istanbul, with its retrogressive pan-Islamic moorings, will have its reverence among Indian Muslims. As Erdogan has made “anti-Gulenists” the central piece of his foreign policy agenda since 2013 for the alleged role of the Gulen movement in ousting the regime first through “corruption scandal” in 2013 and later through failed military coup in 2016, though without any justifiable evidence; my own fear is that the Summit would at best serve the purpose of the Erdogan regime for forging links with all those rogue Islamicist elements among Muslim minorities to work against the Gulenists presence in those countries.

India does not have any objection to holding of “World Muslim Minorities Summit”, provided such Summit does not serve “Islamicist-terrorist politics”, which Istanbul congress was geared to. As a country of diversities with multicultural thrust of governance, India has a strong history of constitutional protection of religious minorities to the extent that minority rights are the most defining features of Indian secularism both in theory and praxis. In this context, an initiative by the UAE Government to establish the World Council of Muslim Minorities in coming week is most welcomed. The proposed Council rejects the monolithic conception of Muslim and Islam (without undermining its foundational value, norms and principles), promotes the idea of cultural relativism  pluralism, tolerance, dialogue, moderation and national belonging among Muslim minorities and reserve its roles to coordinate the Muslim minority institutions towards contributing to renaissance of their respective nation states, to correct the stereotypical image of Islam and Muslim minorities and to bridge the intellectual and cultural gap between the components of human society. This inclusive, democratic and humanistic vision of Islam and Muslim minorities is badly needed to counter the Turkish-Qatari-led radical, Islamicist-terrorist vision of Islam and Muslim.

(The writer is Senior Fellow, Policy Perspectives Foundation, and former professor of international studies at Jawaharlal Nehru University and Jamia Millia Islamia, all in Delhi)

The Zaman and Today’s Zaman dailies, as well as three Zaman supplements, have received perfection awards from the World Association of Newspapers and News Publishers (WAN-IFRA), which were announced at the World Publishing Expo 2014 in Amsterdam. During the exposition, the results of the International Newspaper Color Quality Club (INCQC) — which is the only worldwide quality printing competition among newspapers, held biennially — were announced.