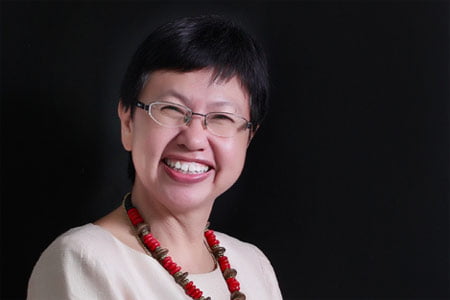 I have just returned from Turkey, one of the world’s most beautiful countries. What has stayed deeply in my mind, however, is not the country’s picture-perfect postcard beauty, but its people, its modern take on Islam and a host of questions for my own country. During the visit, we, a group of media people from Thailand, met a number of socially engaged entrepreneurs, charity groups, news media organisations and universities whose works are inspired by Turkish spiritual leader and Islamic scholar, Fethullah Gulen.

Forgive my ignorance, but I had never heard of his name before my visit, although he was voted by the award-winning Foreign Policy magazine as one of the world’s top 100 public intellectuals in 2008. The readers, however, voted him the world’s No.1 thinker, thanks to a global network of millions of his supporters.

Is this a cult or what? That was the first question that sprang to my mind. But a cult operates in a closed, hierarchical organisation with a central leader who often boasts divine connections and an ultimate answer to save the world. Cults are dangerous.

The messages from the Gulen or Hizmet (service) movement, however, are compassion, humanism, tolerance through inter-faith dialogues, community service and the pursuit of modern education, particularly the study of science to discover God’s laws in the natural world.

An advocate of moderate Islam, Mr Gulen condemns all forms of terrorism while believing Islam is compatible with globalisation.

His supporters are the upwardly mobile entrepreneurs and professionals who embrace the social service encouraged by Mr Gulen. They insist there is no central organisation, just a network of like-minded civil society.

“The problem now is in representation of Islam, the wrong interpretations,” said one Gulen-inspired businessman, Mustafa Sasmaz.

“In Islam, you cannot kill people for religion. In today’s world, the true jihad is in education, in our giving to help others. If we help one kid to have an education, we’re helping society. We’re only temporary caretakers of God’s properties. Why hold on to it without sharing?”

Like his peers, he is donating a sizeable amount of his income to support the Gulen-inspired schools, mass media and charities that are branching out overseas, thus stirring up some paranoia among outsiders as well as Turkey’s own strict secularists.

Despite my usual journalistic scepticism, I was impressed by the sincere commitment to social service and cross-cultural dialogues of the Gulen-inspired entrepreneurs and mass media _ which raises questions about my own country.

Buddhism also teaches compassion and indiscriminate giving. Why hasn’t Buddhist giving grown into social service movements? Why has it stopped at being an individual’s merit making to reserve a place in heaven?

Thailand also has its own inspirational spiritual leader in the late Buddhadasa Bhikkhu. But most of his followers prefer to practise his teachings to improve their minds, not society.

Is it because our Theravada Buddhism is intrinsically individualistic in spiritual pursuit?

We also have our own brand of capitalist Buddhism. The Dhammakaya Temple is supported by powerful politicians and billionaires. Yet the money mainly goes to feed the temple’s grandeur and influence over the clergy, not to social services to help humanity.

While the Gulen-inspired businesses generously support education of the needy and tolerance through cross-cultural dialogues, the Dhammakaya followers believe the more they give to the temple, the closer they are to nibhana, or enlightenment.

Islam has no priests. Does it mean each individual Muslim has the duty to live a religious life while Buddhists can transfer such responsibility to monks?

Is community service strong because the zakat donations for the weak and poor are mandatory in Islam while giving is voluntary in Buddhism? Do the compulsory Friday prayers at the mosques strengthen social organisations that are generally weak in Buddhist cultures?

Despite the differences, Turkey and Thailand similarly need to transcend bloody ethnic conflicts through tolerance and cross-cultural dialogues. Here, our Muslim communities must be more outspoken in advocating moderate Islam instead of being held hostage by the radicals. Buddhists, meanwhile, need to rise above Buddhist nationalism. Only when there is mutual trust can there be any fruitful dialogue.

ŞAHİN ALPAY Many studies concerning Fethullah Gulen, the Turkish religious leader scholar and his movement have been published. The book published by Syracuse University in the United States last month is, however, the most important academic study so far. The book entitled “Turkish Islam and the Secular State: The Gulen Movement” is edited by John […]