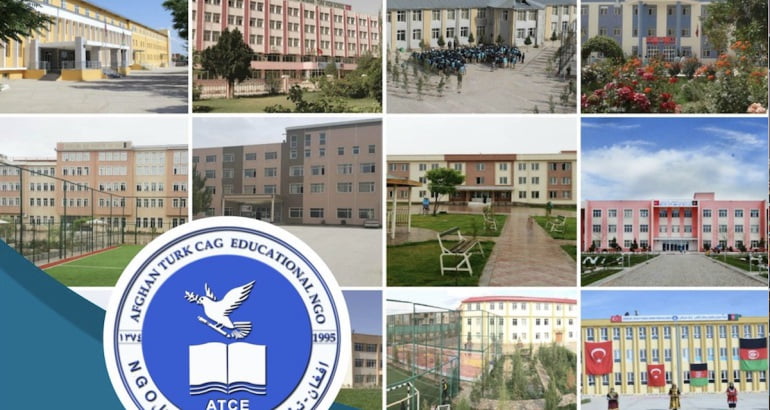 Parents of the Afghan-Turk school students took out to the Kabul streets on Saturday to protest the government’s decision over banning a schools’ activity and transferring the schools, which have been affiliated with the Gülen movement, to the controversial Islamist Maarif Foundation which was established by the Turkish government led by autocratic President Recep Tayyip Erdoğan in 2016.

On Monday, parents of the Afghan-Turk school association called on the Afghan government to keep the schools and students out of politics. “We maintain the right to raise our voice against the illegal decision made by the government, I again call on the president and the government leadership not to oppress our children,” said Mohammad Yusuf Pashtun, head of Afghan-Turk parents’ association.

However, bribed by Turkish government, Afghanistan’s Ministry of Education on Monday formally handed over the management of Afghan-Turk schools to the Maarif Foundation, defying calls by parents and students to keep the schools under Afghan control.

Turkey’s state-run Anadolu news agency has reported on Monday that Maarif Foundation has taken over 12 schools and three tuition centers affiliated with the Gülen movement in Afghanistan.Education Minister İsmet Yılmaz and his Afghan counterpart Mohammad Ibrahim Shinwari attended a handover ceremony at the Media and Information Center in capital Kabul.

According to the Afghan Ministry of Education, the Turkish government has committed to outline a ten-year plan based on which Turkey will increase the number of schools and will focus on the quality of education and equip them with more facilities. In the first phase, Turkey will spend $5 million USD to bring about systematic changes in these schools and this amount will be increased to $20 million USD in the coming years, said the ministry.

“With the transition, there will be no change in the curricula of the school and more learning programs will be undertaken for students. Entry exams will be conducted across Afghanistan and there will be a 20 percent reduction in fees. Free education will be considered to children of martyrs of the security institutions,” claimed Minister of Education Mohammad Ibrahim Shinwari.

Meanwhile, Turkish Education Minister İsmet Yılmaz has said that his country will continue its cooperation with the Afghan education sector and that Turkey will strongly abide by the provision of the agreement signed between the countries on the transition of the Afghan-Turk schools.

According to some reports in Afghan media, the Turkish government offered a number of incentives in exchange for taking control of the schools such as student fees to be cut by 20 percent, scholarships to be given to some students, Turkish government will consider doubling the number of schools in the country, Turkish gov’t will invest $5 million USD in the first phase so as to improve facilities at schools.

According to a report by Tolo News, Afghanistan and Turkey have meanwhile not signed any agreement on the fate or repatriation of Turkey nationals currently employed at the schools. Following the Afghan government’s move to arrest three teachers from Afghan-Turk Schools in December 2017, other staff members said they are now refugees in Afghanistan and that any extradition to Turkey by the Afghan government would be illegal.

The deputy head of Afghan-Turk Schools, Ahmad Fawad Haidari, rejected the allegations that the schools are part of organizations based in Turkey. He said the schools have no links to any foreign organization or any organization in other countries. Three Afghan-Turk teachers, including one Afghan national, and a Turkish businessman were arrested by the National Directorate of Security forces in December 2017.

Currently up to 8,000 students are enrolled at these schools, which has a teacher count of about 800. It is not however clear how many of these teachers are Turkish nationals. There are eleven Afghan-Turk schools operating across Afghanistan and thousands of students have graduated from these schools over the years.

“Erdoğan posits himself to be the caliph, the leader of all Muslims in the world, and sees the Maarif Foundation as a tool in his investment efforts to reach out to non-Turkish Muslim groups,” wrote TM columnist Abdullah Bozkurt.