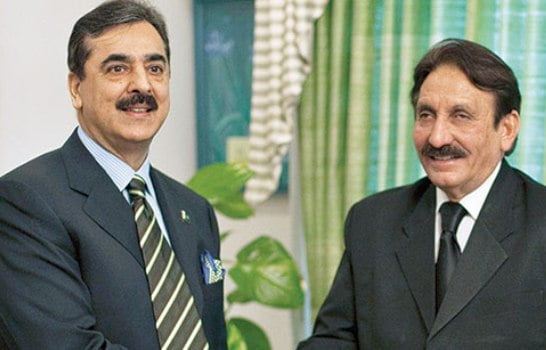 Yousuf Raza Gilani, a former prime minister of Pakistan, has praised Turkish schools that have been operating for 18 years in his country, saying that they serve as bridges between his nation and Turkey.

“I am thankful to Turkey and its people for the schools in my home city, Multan,” Gilani said in a recent interview with Today’s Zaman.

“I believe that Pakistani children are talented and have potential, yet they fail to show it,” Gilani said, adding that if all the children in his country were provided with an education similar to those given at the Turkish schools, it would be easier to cope with the ongoing challenges in Pakistan.

Gilani mentioned his country’s efforts to develop the education system and noted that Pakistan has turned some madrasahs, or Islamic theological schools, into modern education institutions.

“This issue [education system] will be dealt with by each state as an internal matter. We have provided financial support for education ministers of those states,” he said.

Commenting on a particular issue, terrorism, in Pakistan, Gilani said that it is not only a problem for the country, but for the whole world.

He underlined the contributions of Pakistan to peace and stability through its fight against terrorism.

Gilani also stressed the importance of relations with Afghanistan, saying if instability and terrorism rise in Afghanistan, it eventually will affect Pakistan as well.

The former prime minister also said Pakistan’s strategy against Taliban follows first dialogue. He added that they see deterrence as the last option. “If such entities [the Taliban] pose a threat to the continuity of the state, then force should be used against them,” he said.

Relations with Turkey should be improved

Indicating that Turkey contributes to Pakistan’s economy via trade, Gilani said the economic relationship between the two countries should be improved.

The former leader also pointed out that Turkey has played a significant role in the normalization of the relationship between Pakistan and Afghanistan, which was once quite tense.

He noted that thanks to Turkey’s efforts, Pakistan fights against terrorism together with Afghanistan.

The Turquoise Turkish Culture and Food Festival kicked off in Shanghai on Sunday as part of 2013 Year of Turkish Culture activities, providing Chinese people with the opportunity to find out more about Turkey. The first day of the event, held at the Shanghai Mart, saw a large attendance comprising both locals and Turks living in China