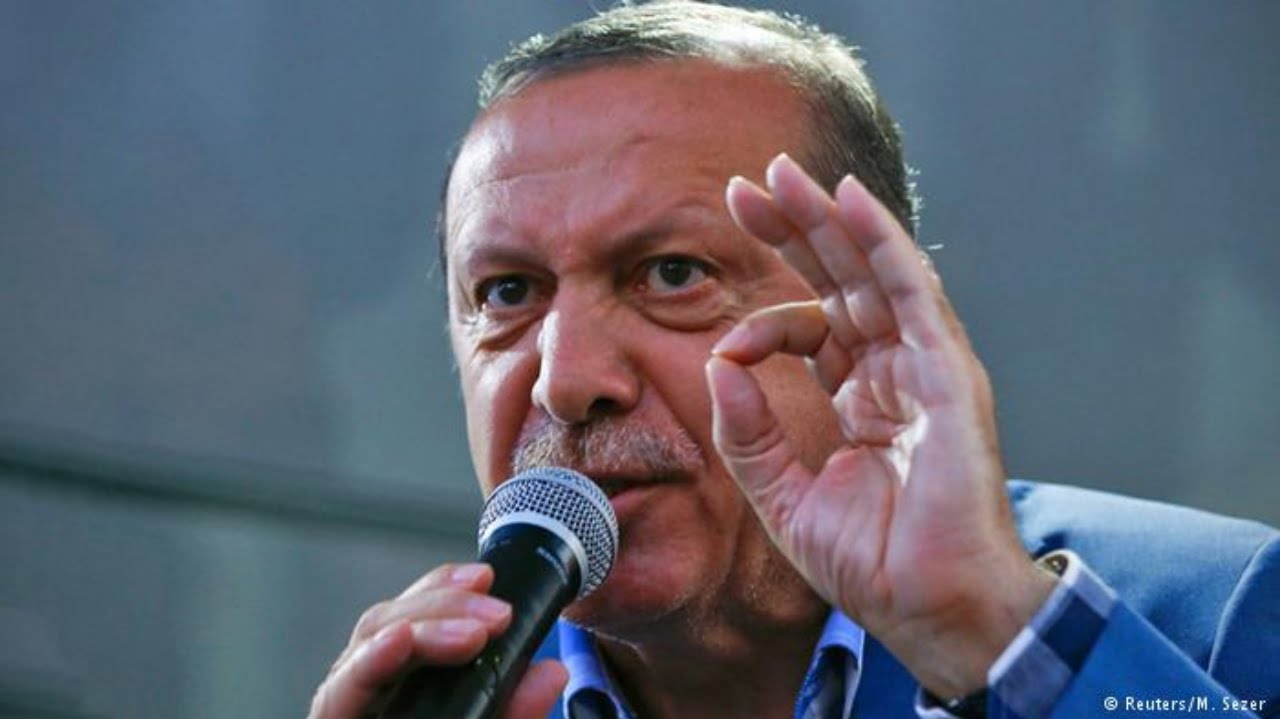 Turkey’s President Recep Tayyip Erdogan’s crackdown against his critics escalated Tuesday when state media announced that arrest warrants have been issued for over 400 people, including soldiers, doctors, and teachers.

Their crime? Alleged affiliation with a religious movement led by Fethullah Gulen, a Turkish Muslim preacher who lives in the United States.

Their detention is Erdogan’s most recent attempt to suppress the Gulen movement, which has been the subject of a sustained crackdown in Turkey since 2016.

Erdogan is feeling threatened by increasing opposition to him, according to Barkey.

And whenever Erdogan’s “opponents are cornering him, he uses the Gulen community as a piñata,” said Imam Abdullah Antepli, a professor of interfaith relations at Duke University and former leader within the Gulen community, in an interview with Al Arabiya English.

The international spiritual movement is named after 81-year-old Fethullah Gulen, a Turkish Islamic cleric who began preaching in Turkey’s western city of Izmir during the mid-1960s. Gulen went on to hold a position in the Turkish Ministry of Religious Affairs as an imam.

Gulen’s movement is known in Turkey as Hizmet, which means “service” in Turkish. Followers of Gulen run schools in Turkey and around the world, with more than 100 in the US alone.

The schools are open to students of all backgrounds and aim to “empower youth through science, arts, and language education while providing an environment of mutual respect for different religions, ethnicities and cultures,” according to Alp Aslandogan, a board member of the Gulen Institute and president of New York-based nonprofit Alliance for Shared Values, which is associated with the movement.

The Gulen movement can be compared to the Jesuit religious order in Catholicism, according to Antepli, a group also known for an education focus.

The next year Gulen fled to the US after being persecuted by military officials in Turkey. He still resides in Pennsylvania.

Why does Erdogan consider the Gulen movement a threat?

Gulen and Erdogan were once allies against absolute secularism, which was put in place by the founder of the modern state of Turkey Mustafa Ataturk. The two successfully redesigned the Turkish government system to allow for religion.

But while Gulen envisions Turkey as a country that promotes democratic values, Erdogan wants the country to be under an Islamist government, according to Antepli.

The alliance ended in 2011 when Gulen refused to support Erdogan’s efforts to abolish checks and balances on his power, according to Aslandogan.

“Erdogan wanted Gulen to endorse and support all of his actions. Gulen refused this and the movement is now paying the price of independence,” Aslandogan said.

Erdogan accuses Gulen supporters of establishing a “parallel state” through a network of different sectors including the fields of education, media, and military.

Aslandogan said the movement has never presented a threat to Erdogan, who has instead used it as a scapegoat “to justify a power grab.”

How has Erdogan treated Gulen supporters?

Erdogan designated the Gulen movement a terrorist organization in May 2016 and charged Gulen and his supporters of leading a failed coup attempt on July 15 of the same year.

Erdogan vowed to “chop the heads off the traitors” behind the coup. But Gulen leadership believe it was actually Erdogan that planned the “staged” coup as “an excuse…to expand the persecution,” according to Aslandogan.

Since then Ankara has arrested tens of thousands of people over suspected links to Gulen and more than 100,000 people have either been fired or suspended from jobs in the public sector.

Gulen supporters in Turkey are subject to wrongful imprisonment, denial of job opportunities, cutting of health care benefits, freezing of assets, and confiscation of passports, according to Aslandogan.

Even high-profile Turkish athletes, such as football player Hakan Sukur and NBA player Enes Kanter, have been targeted by the state for supporting Gulen and dissing Erdogan. In 2016 the Turkish government issued arrest warrants for Sukur and Kanter, charging both with insulting Erdogan on Twitter.

The Gulen community refuses to stay silent during Erdogan’s reign and consequently has been targeted for not bowing to the president’s “increasingly authoritarian whims,” according to Kanter, who now resides in the US.

“The price to pay has been dire. When it comes to persecuting the Gulen community, there is no domestic or international law the government is abiding by,” said Kanter in an interview with Al Arabiya English.

Kanter said no one in Turkey is immune from arbitary arrests and that he, and hundreds of thousands of others, are victims of the “vicious Erdogan legal system.”

“I don’t call it the Turkish legal system because it doesn’t serve the Turkish people with justice, but is for Erdogan and his interests only,” said Kanter.

Who else has Erdogan cracked down on?

Turkey’s “anti-terrorism legislation is vague and widely abused in trumped up cases against journalists,” according to Amnesty International. Over 319 journalists have been arrested in Turkey since 2016, with 189 media outlets shut down, according to Turkey Purge, a website run by Turkish journalists that documents arrests in the country.

One of victims is Turkish journalist Abdülhamit Bilici, editor-in-chief of Zaman newspaper until March 2016 when Erdogan silenced the news outlet, jailed many of the organization’s reporters, and appointed new leadership.

“After a brutal police raid on our headquarters in Istanbul, the first thing Erdogan-appointed trustees did was to fire me,” said Bilici in an interview with Al Arabiya English.

After receiving threats from Erdogan and his supporters, Bilici left the country for the US.

“I was getting warning messages like ‘prepare your bag for jail.’ I felt that my phone conversations were tapped. Wherever I went people were chasing me – as a result of all these things, I didn’t feel safe to stay in Turkey,” said Bilici.

Bilici said Erdogan uses media, state and religious institutions, and schools to try to control the minds of Turkish society.

“He does every preparation to create a system like those in Syria or in Iran, which will let his family and his party rule forever,” said Bilici.

While support for Erdogan is decreasing in Turkey, Erdogan will do anything to stay in power permanently, according to Bilici.

“This is the real and biggest risk for Turkey,” he said.

The German government, led by Chancellor Angela Merkel, has said an extensive assessment of the organizations and foundations of Islamic scholar Fethullah Gülen’s movement in Germany failed to identify any evidence of illegal activity, daily Zaman reported.