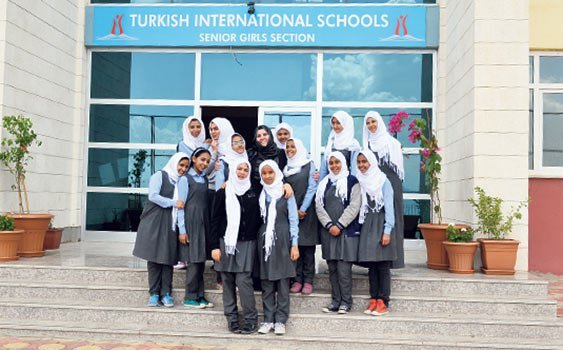 Turkish schools in Yemen, many of which were established 17 years ago, have continued to operate despite persistent and troubling political developments and instability that have plagued the country.

Parents of students studying at Turkish schools have expressed their gratitude to the administrators and educators who did not leave Yemen during difficult times and instead opted to stay in order to contribute to the development of the country with educational services.

Abdulhamid al-Hamdani, the rector of Future University and a parent of a student in a Turkish school, said: “We have come here to extend our gratitude for the courage [of the educators and administrators] … in our country. It is an indicator of courage on the part of Turkish schools to stay and work in the country given the conditions that led even the Turkish diplomatic mission to leave the country.”

Yemeni Education Ministry Deputy Secretary Abdo Ahmet en-Nuzeyli has also expressed his gratitude for the services of Turkish schools, adding that the quality of education at the schools is much higher than that of other private schools in the country.

“The Turkish embassy wanted the schools’ administrators and educators to leave the country because of the security issues. But the Turkish schools continued their educational services, taking on a huge responsibility. We are supporting their commitment. I am addressing these courageous Turks. They are Yemenis and Yemen is their country. … We hope nothing bad happens to them,” an-Nuzeyli said.