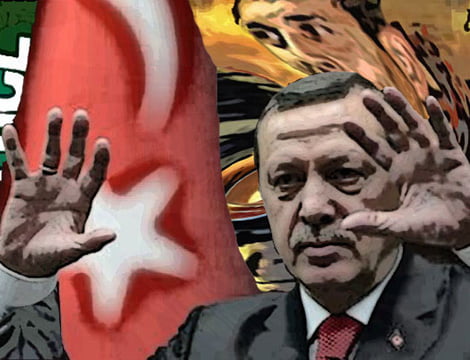 The Turken Foundation acquired a property and wants to build a student dormitory at 762-766 Second Avenue in New York City. Turken was registered as a 501(C)3 not-for-profit educational organization by the US Internal Revenue Service in June 2014. According to its web site, Turken was established by the Ensar and Turken foundations in Turkey. (1) Before the dormitory project is finalized, questions should be addressed about the source of Turken’s financing, as well involvement of board members in money laundering, corruption, sexual misconduct, and Islamist education.

Question: Where did the money come from?

Turgev received a donation of $100 million from a foreign account identified as “Royal Protocol.” (4)

Question: Is Saudi money being used to support the dormitory project?

Members of the Saudi royal family are known financiers of madrassas, informal education centers around the world that propagate Wahhabiism, an extremist interpretation of Islam.

Question: Will the [pro-Erdogan] New York dormitory function as a madrassa?

In October 2014, Ensar was given land in Urlu owned by the national treasury worth 20 million Turkish liras. Ensar built villas in Urlu, which it described as “Islamic Education Camps.” (5)

Turkey’s Chairman of the Board, is a former president and founding member of the NOOR-Ul-Iman in New Jersey, an Islamist educational school. (6)

Question: Is Turken independent of the Erdogan family and Erdogan’s political party?

Bilal Erdogan has been implicated in a series of alleged money laundering and corruption scandals, including using illicit funds to acquire real estate. Recordings were leaked of Bilal and his father, as the police were moving in to arrest corrupt officials and their family members on December 17, 2013. Erdogan called Bilal and instructed him to dispose of cash at several family homes. “Now I’m telling you, whatever you have in the house, get rid of it, OK?” Later Bilal told his father, “[We still have] “30 million euros (US$39 million) that we could not yet get rid of” and suggested they give them to a businessman “or buy a flat.” According to Bilal, “Berat (his brother -n-law) has an idea to buy villas from Sehrizar Apartments. What did you think?” (11) The real estate registry confirmed that Berat bought two villas.

Question: Is there a pattern of using illicit funds to purchase real estate?

The Bologna Public Prosecutor Manuela Cavallo investigated claims that Bilal violated both European and Italian financial laws when he moved to Italy in October 2015. Bilal was accused of laundering roughly $1 billion. (12)

Question: Are funds for the dormitory project derived through money laundering?

In return for the donations to Turgev and Ensar, individuals benefit from facilitated construction permits, governmental approvals, and facilitation with other government regulatory processes in Turkey. (13)Turkish media reported at least 7 instances where Turgev benefitted from influence peddling. During their 2013 corruption probe, Turkish police uncovered 19 suspect donations to Turgev from Turkish businessmen. (14)

Question: Are funds raised through a “pay to play” scheme?

Media reports in Turkey indicate that representatives of the foundations have engaged in a pattern of sexual misconduct with students, including rape, (15)sexual coercion using videos, (16) child pornography, (17) and homosexual assault. (18)

Question: Should community members be concerned?

Mr. Phillips is Director of the Program on Peace-building and Rights at Columbia University’s Institute for the Study of Human Rights. He worked on Turkish issues at the US Department of State during the administrations of President Clinton and Bush.