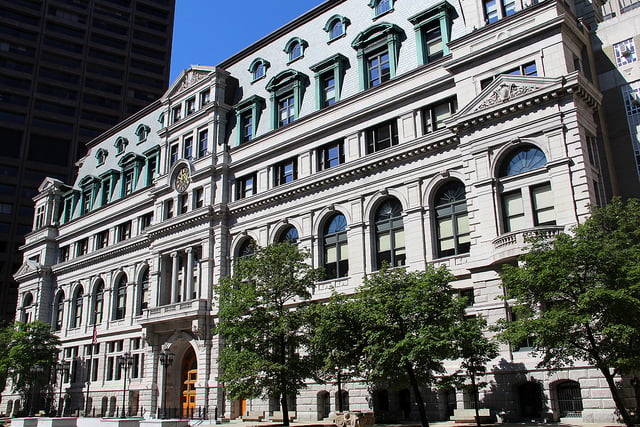 In a democracy, judges are expected to safeguard people’s rights. So arresting them without evidence seems a clear violation of democratic principles.

But that’s just what the government of Turkey has done.

It has arrested and jailed 2,500 judges and prosecutors, whose names are on a list of suspected associates of a terrorist group.

Turkey is one of the countries where some jurists from Boston have been providing judges training on democratic legal principles. And participation in that training may be one of the reasons the Turkish judges have come under suspicion.

Former Justice Robert Cordy is worried sick about the fate of the judges he helped train in Turkey and here in Boston. They have been fired, jailed, or gone missing.

“It’s devastating,” he said. “I don’t think anything has ever devastated me more than seeing this happen to people that I have come to know, love, respect. It is just beyond the pale.”

For the last 15 years, Cordy served as a justice of the Massachusetts Supreme Judicial Court. The state Constitution he helped interpret enshrines the concept of a government of laws and not men, where judges are independent, and no one is above the law.

“So creating a rule-of-law society where people can depend on courts as a place to get justice is really an important part of what we try to do and what we try to help those judiciaries do,” Cordy said.

Cordy and federal Judges Richard Stearns and Mark Wolf regularly travel overseas to countries with a history of authoritarian rule and courts tainted by favoritism, false testimony and fabricated evidence. In Turkey, they have shared best practices and philosophy. Turkey in turn has sent judges to America for language and legal training.

“Judges in Turkey and elsewhere are inspired by our example,” Wolf said.

As a young prosecutor, Wolf helped reform the Justice Department after the clandestine crimes and cover-ups of the Nixon administration. Later, as a federal judge, he demanded government accountability for its protection of mobster “Whitey” Bulger, another case foreign judges are familiar with.

“They know about it in Turkey and in the Czech Republic and in Russia,” Wolf said, “because it is the role of judges in the United States, as I say, to find the facts in certain circumstances, apply the law and to come out with decisions uninfluenced by fear or favor.”

Wolf and Cordy describe their younger Turkish counterparts as the best and brightest. But in July came the catastrophe. After a military coup attempt on the 15th, the government of President Recep Tayyip Erdoğan blamed it on his former colleague, the exiled cleric Fethullah Gulen, who is labelled a terrorist. Erdoğan then launched a counter-coup against the “Gulenists.”

“Within hours of the coup attempt failing there were basically lists of names issued to arrest or detain certain judges and prosecutors,” said Emma Sinclair-Webb, director of Human Rights Watch in Turkey.

She describes a massive “purge” of judges, civil servants and teachers.

“The point is the lack of process in all of this,” she said. “That’s the scandal of it.”

It appears like a case of the two Joes: Stalin and McCarthy, the Soviet dictator of the ’30s and ’40s, who directed mass purges; and the U.S. senator of the ’50s, who hunted Communist witches in government.

“It literally seems to have been they were names on a list,” Sinclair-Webb said. “So there was no discussion of criminal wrongdoing. It was rather guilt by association. There was an assumption that all these people were supporters of the U.S.-based Fethullah Gulen. And therefore that was the crime.”

Thirty-five hundred prosecutors and judges were fired, 2,500 of them were jailed. And lawyers, who might defend them, were also arrested.

“Families have been destroyed,” Cordy said. “Assets of thousands of families of judges and prosecutors just seized. Many of them are in jail waiting for hearings that will never be due process hearings, as far as I can tell. This is the world turned upside down.”

In Boston, judges and lawyers have tried desperately to account for the status and whereabouts of their Turkish colleagues. Wolf shows me photos of a judge’s young children. He reads the man’s last message.

“The news are not well,” Wolf reads. “I was examining a list of judges and prosecutors removed from their posts. I am in it. The government issued an arrest warrant so this mail may be my last message for a while. Please pray for me and my country.”

The Turkish government of President Erdoğan says the judges are where they are because of their links to and support of the alleged terrorist organization it accuses Gulen of running from his exile in Pennsylvania.

“This is not a political purge. Turkey is not on a witch hunt,” said Omur Budak, the Turkish consul general in Boston, who says his government acted to defend its national security and its democracy. He depicts Gulenists as an organized crime syndicate and cult that operates by stealth. He likens Gulen to the Rev. Jim Jones, others to Scientologists. And he accuses those targeted judges of themselves subverting the rule of law.

“Their key tactic is concealment,” Budak said. “They are also ordered to infiltrate all critical state institutions in Turkey: armed forces, police, intelligence, economic institutions, as well as judiciary.”

Wolf and Cordy scoff at the idea that the judges they worked with were either Gulenists or terrorists. Cordy claims they will denied due process.

“I can’t imagine there’s a single judge or prosecutor in Turkey that would ever rule against the government because with this hanging over their head they would be next and they know that, and that’s the worst part of this,” Cordy said.

“In ‘Henry VI’ Shakespeare has Jake the butcher say when we succeed in this rebellion the first thing we’ll do is kill the lawyers,” Wolf said. “Meaning, we don’t want people to advocate for the rule of law when we get power.”

And this takes it one step further, Wolf says, by disabling those judges who might have proclaimed we are a government of laws and not men.

With Erdoğan seen as a critical ally of the West in the war against ISIS, Judges Wolf and Cordy say that the U.S. State Department has been noticeably quiet on the subject of the Turkish judges. A reminder perhaps that not everyone shares the same enthusiasm as the judges do in advocating for the rule of law.