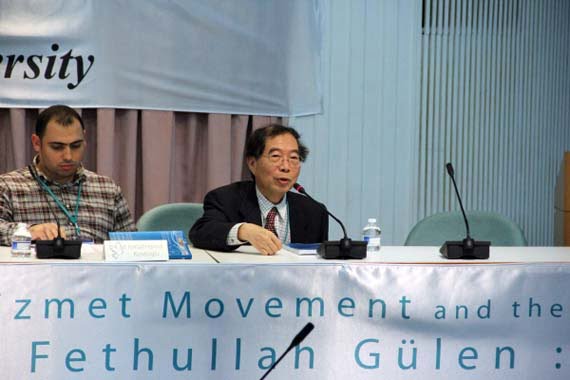 Wang said the period in China was marked by social unrest, and Confucius reached the conclusion that only a harmonious society can resolve its problems. Gulen stresses love, tolerance, peace and dialogue, which is similar to the Confucian concept of faithfulness, magnanimity and the creation of a society with great harmony, Wang added.

The Hizmet movement (aka Gulen movement) began in the late 1960s as an initiative to build dormitories for university students and later expanded into the fields of education, charity and cultural interaction. Its supporters build schools, establish charity organizations and encourage interfaith and intercultural dialogue around the world, according to the Taipei-based Formasa Institute, which follows the teachings of Gulen, a scholar, educator and author who has millions of followers, mostly Turkish, around the world.

Meanwhile, Lin Chin-ming, an assistant professor in Asian Studies at Tamkang University, said Turkey is playing “an increasingly important role” in the Islamic world in recent years as a medium between Muslims and non-Muslims. He said he believes the country is in the position to become the moderator and dispute resolver in the Islamic world.